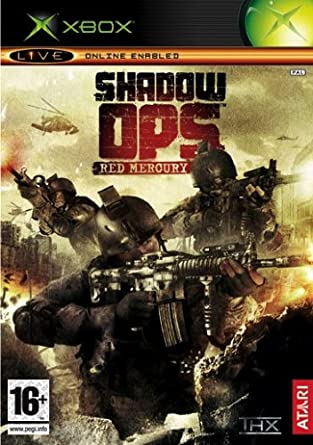 Shadow Ops: Red Mercury is an action-driven first person shooter set in the near future. The player controls a Delta Force operative who has to stop the creation of nuclear weapons by tracing a substance called Red Mercury. The gameplay has a large amount of actions sequences and scripted events. The Xbox version supports online multiplayer for up to sixteen players.