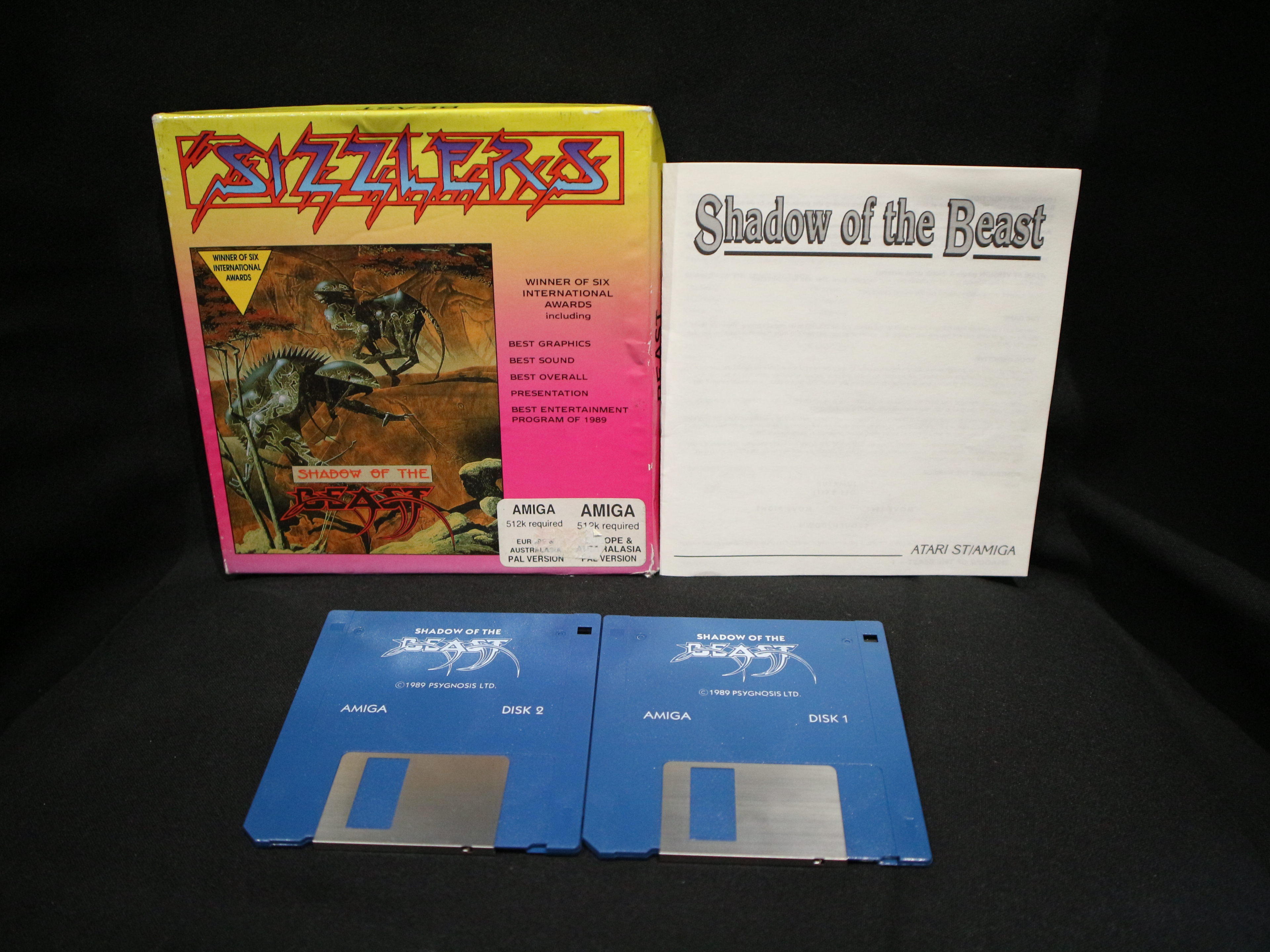 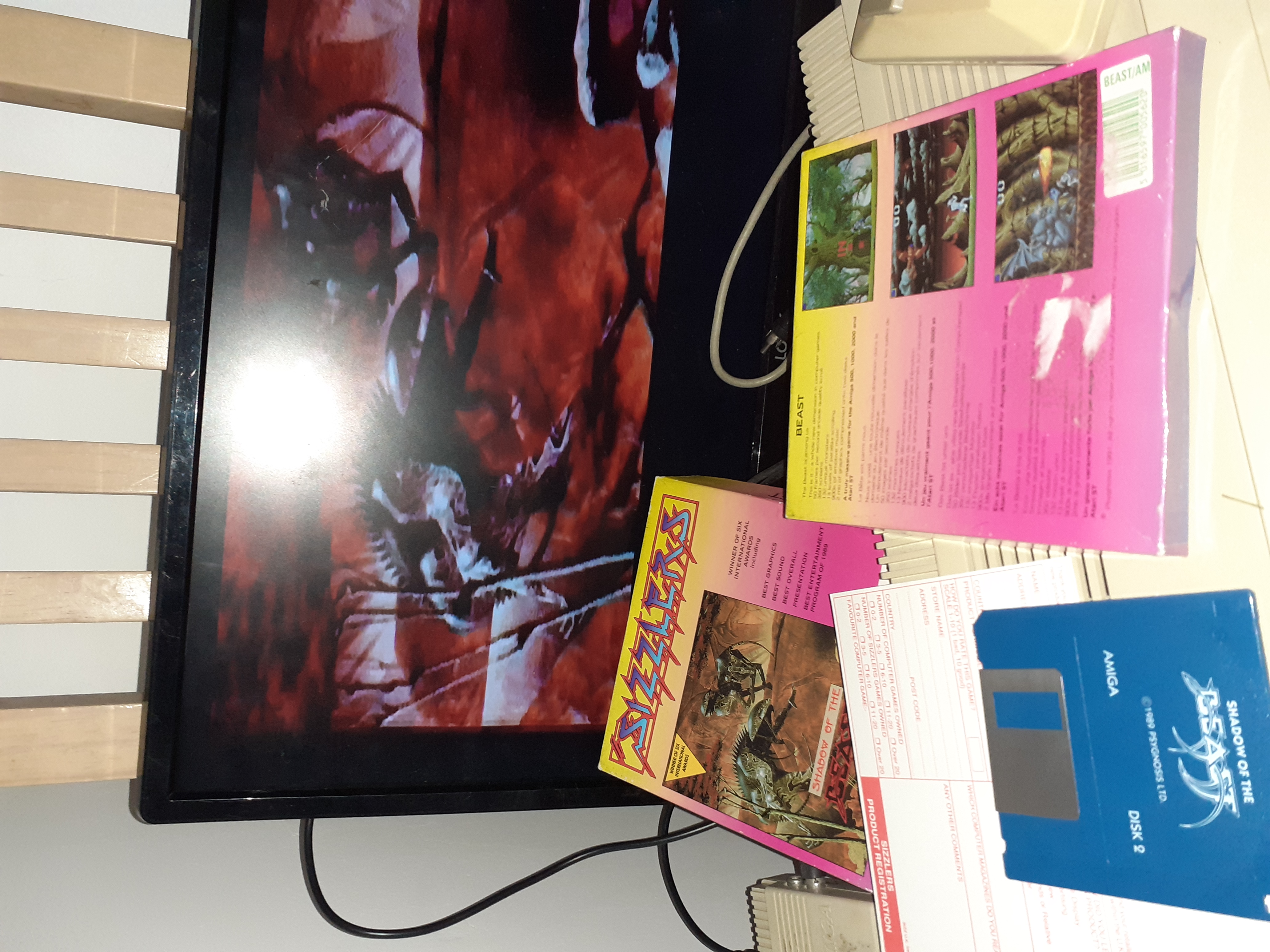 Shadow Of The Beast ( Sizzlers) ( Amiga)

While very young, Aarbron was kidnapped and enslaved by the Priests of the Beast Lord. He grew up on drugs made to destroy his own will and turn him into the Beast Messenger, a powerful creature serving Maletoth, The Beast Lord himself. He did his job, until one day he noticed a man about to be sacrificed in a ritual, his face triggering ancient memories. As the sacrificial knife descended into the man's body, Aarbron recognizes his father's face. As his father dies in the altar, memories of his childhood and tormented past at the hands of the Beast Lord emerged, and as feelings of hate over his captors took over him, he swore revenge and fled the temple, knowing the road to avenge his father and redemption would be hard. Shadow of the Beast is a side-scrolling platformer. The player has to navigate through several areas filled with enemies and traps, collecting keys and activating triggers than open new areas or give Aarbron the means to overcome a sub-boss. The number of moves the player has at disposal is limited: duck, jump and only two attacks: punch and a flying kick. While most enemies die with just one hit, the player must time each attack accurately. However, there are also traps of objects that cannot be destroyed, and these require the player to jump, duck or move according the sequence. The player has only one life with 12 hit points that can be replenished by collecting some objects hidden in the level (like an off-route location or a under a megalith), which also contributes to the difficulty level.