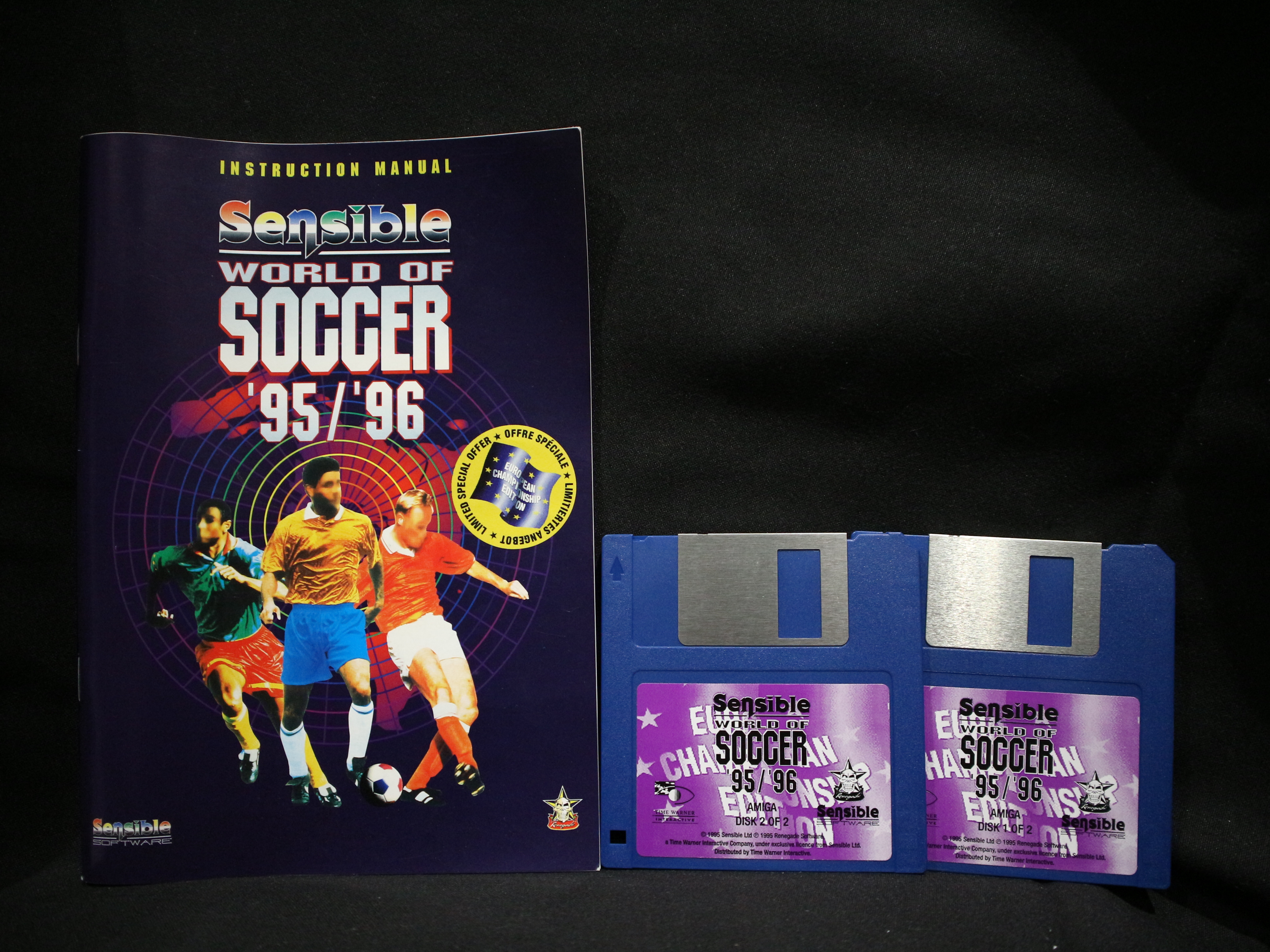 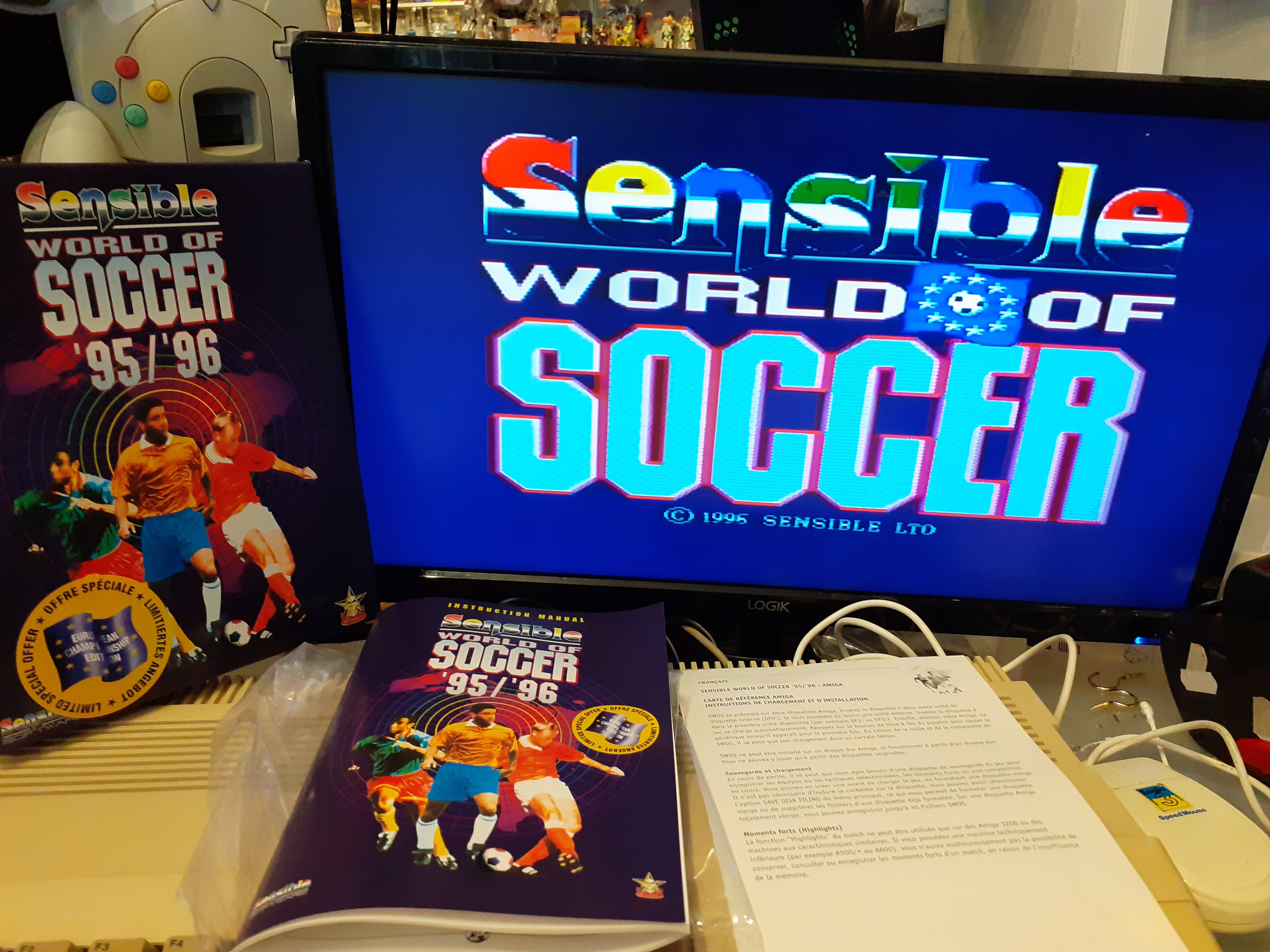 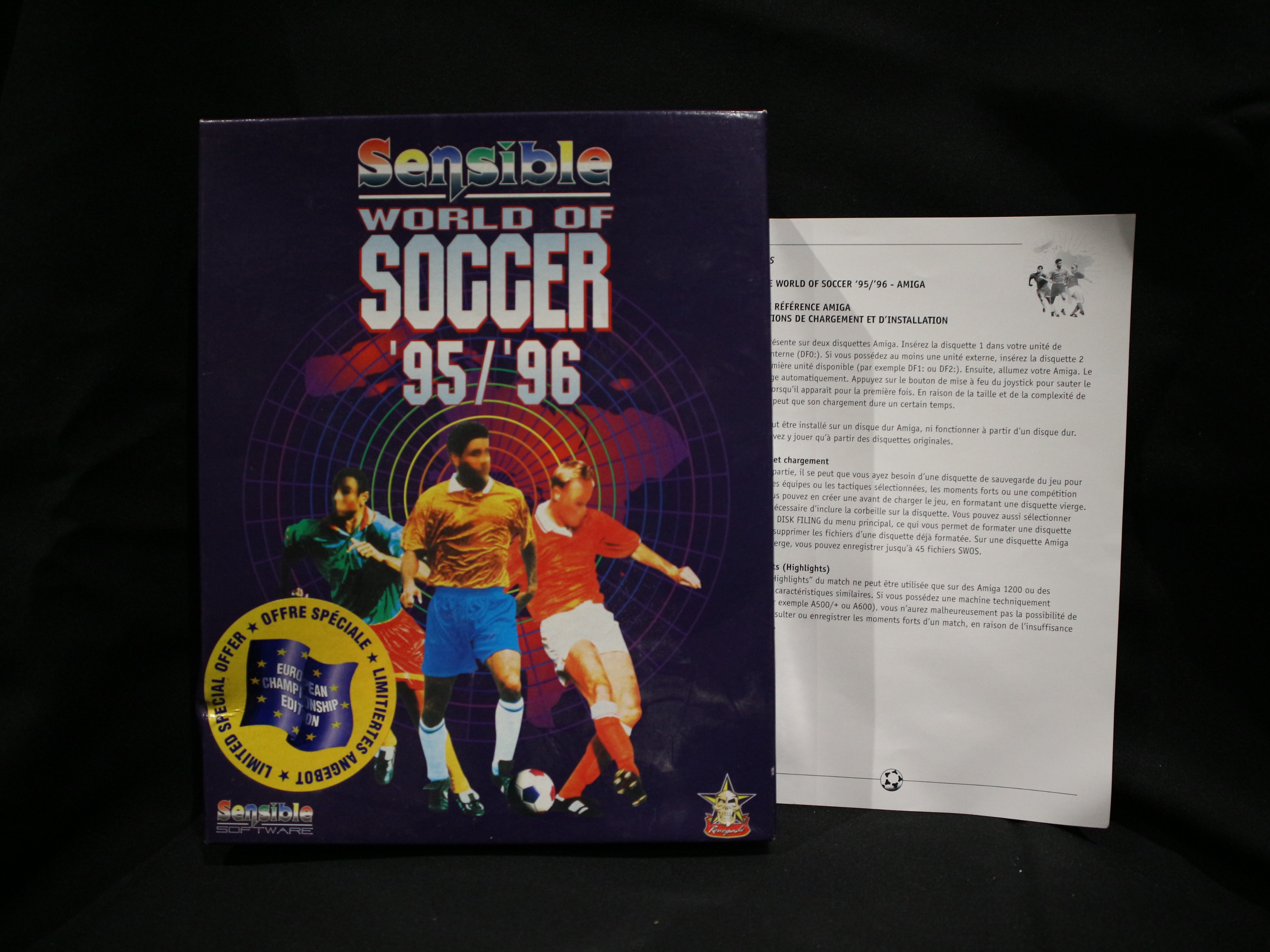 Sensible World of Soccer '95/'96 is the successor to Sensible World of Soccer. Besides updated team rosters, the most important additions are two new moves (curved passes with the after-touch system and standing headers), updated representation of athlete statistics (stars instead of numbers, each athlete has up to three specialist skills such as heading-shooting-finishing), the ability to tag an athlete (then he has a small diamond above his head during the match) and reserve teams. Smaller optical changes include animated audience or some new animations after a goal is scored. Also the active player's name is shown on the screen.