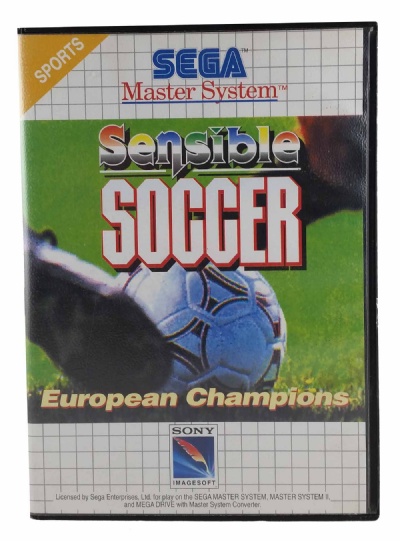 Championship Soccer '94 is based on the computer game Sensible Soccer: European Champions. The gameplay is identical: a fast-paced, top-down soccer game with emphasis on fast passes and simple control system. Players can choose between 40 national, 64 club or 64 custom (fantasy) teams and can assemble their own tournaments (cup or league) with them. The number of participating teams and some of the rules can be customized. The main difference to the original is the reduced number of pre-set tournaments: for national teams World cup qualifiers and the new Maastricht Cup (a knockout tournament) and for club teams the European Superleague and EUFA Cup. Custom teams only have the Booby League and Turkey Tournament available anymore. Another important difference is that the athletes and tournaments no longer use original names, e.g. EUFA instead of UEFA. The SEGA CD version uses its increased storage capacity for additional sound and some rendered movies, e.g. a flight over a stadium before starting a match.