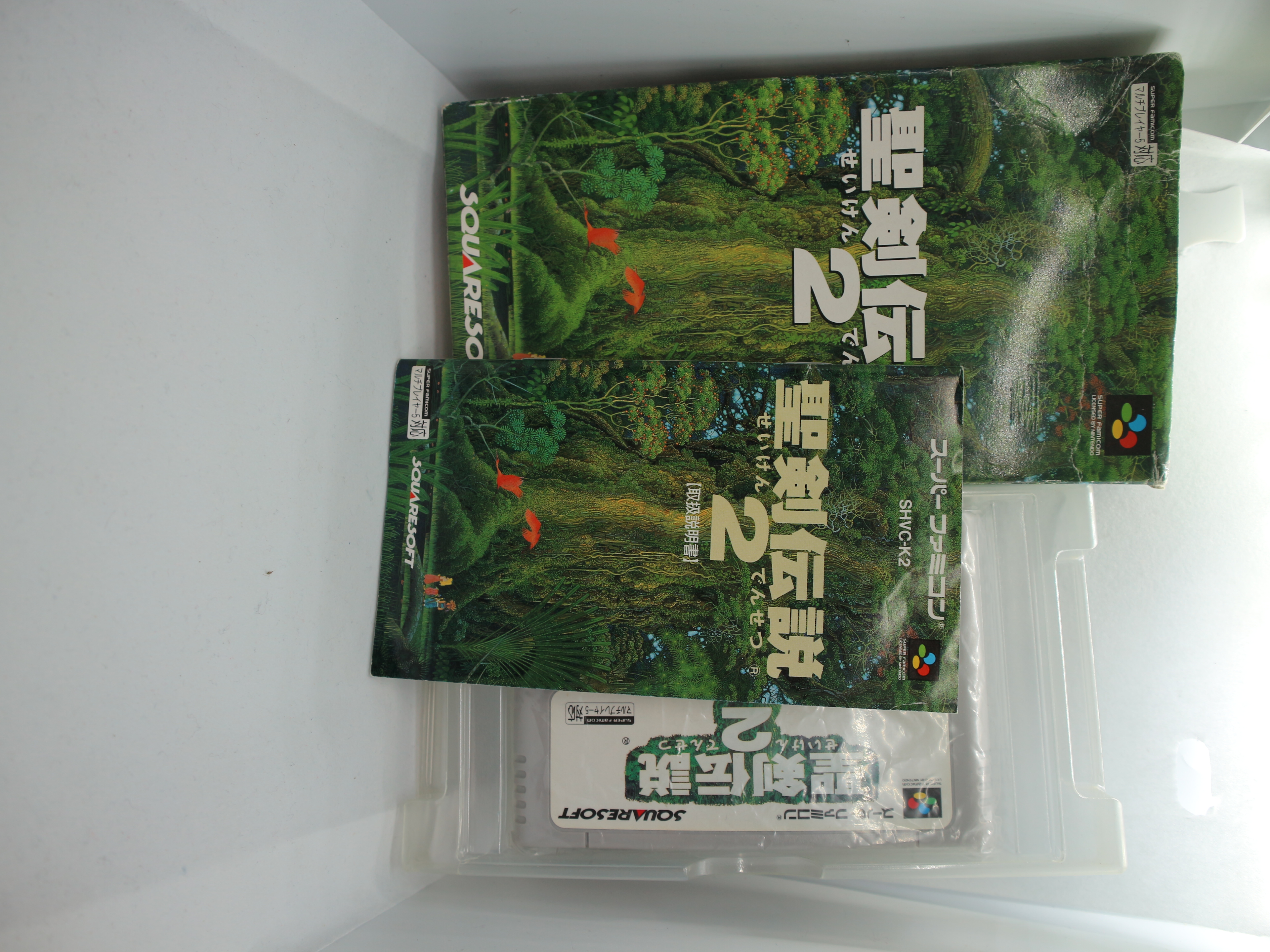 Seiken Densetsu 2 (Secret of Mana) is an action role-playing game for the Super Famicom developed and published by Square in 1993. Seiken Densetsu 2 is the sequel to Final Fantasy Adventure for the Game Boy and the second installment in the Mana video game series. The story takes place in a fictional world, during an unspecified period following a war between a civilization and god-like beasts concerning the use of mana to fuel the "Mana Fortress", a flying warship. During this war, a hero used the power of the Mana Sword to destroy the fortress and appease the angered gods, returning peace to the world. Disobeying their Elder's instructions, three boys from the small Potos village trespass into a local waterfall where a treasure is said to be kept. One of the boys, the game's protagonist, stumbles and falls into the lake, where he finds a rusty sword embedded in a stone. Guided by a disembodied voice, he pulls the sword free, inadvertently unleashing monsters in the surrounding countryside of the village. The villagers interpret the sword's removal as a bad omen and banish the boy from Potos forever. An elderly knight named Jema recognizes the blade as the legendary Mana Sword, and encourages the hero to re-energize it by visiting the eight Mana Temples.