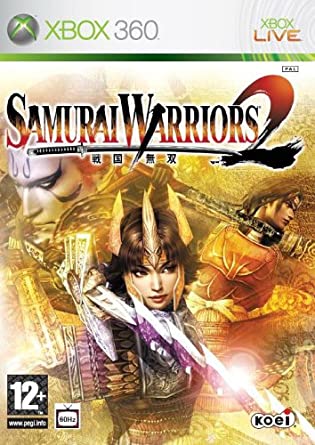 From KOEI, the developers behind the successful Dynasty Warriors series, comes Samurai Warriors 2, the sequel to Samurai Warriors which was released in the summer of 2004. Samurai Warriors 2 is a tactical action game that takes place in feudal Japan circa 1450. Gamers must take control of military commanders and engage in countless battles in an unfolding war. With more new features than you can shake a stick at, there should be enough to keep even the most ardent gamer amused. The game's new Skill System replaces the points-based system used in its predecessor. Also, new skills and moves are now acquired by learning techniques from an enemy officer, increasing in level or purchasing from the game's shop. The control system has been reworked to include new attacks. Each character now has two secret fighting techniques called Special Attacks. Pressing the Normal attack or Charge attack buttons will execute a Special attack. As your character level increases, these attacks will become more powerful. The variety of enemy forces has been increased dramatically, which adds to the overall gameplay. Graphics have been enhanced, enabling easier recognition of individual soldiers. Enemy soldiers also offer a greater selection of attacks, with different squads attacking in their own particular style. This makes for no two encounters ever being the same. There are five different modes of play, including the main Story Mode and a Free Mode which enables gamers to play any cleared stages. Vault Mode lets you view all weapons, items, steeds, guards and in-game movies you have acquired. In Survival Mode, players must fight their way through an endless castle to see how many floors they can clear. Finally, Sugoroku Mode is based on the Japanese board game of the same name. This is another new feature available in Samurai Warriors 2 and can be enjoyed by up to four players. The Xbox 360 version of Samurai Warriors 2 lets players unlock various downloadable bonuses which include special guards and horses that can be used in the game. You can also challenge gamers from around the world via Xbox Live.