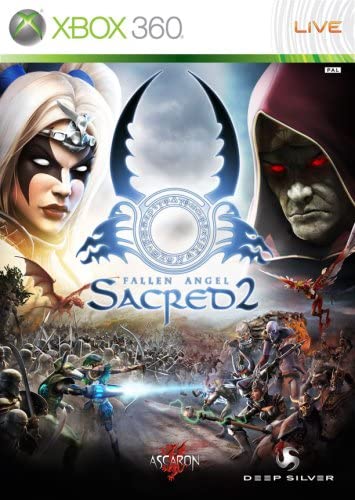 Despite being the second complete game in the Sacred series, Sacred 2: Fallen Angel is a prequel to Sacred and takes place some 2,000 years before the events of that game. The game is an action role playing game, and it takes place in a fantasy setting, the world of Ancaria. An all-new game engine means that the environment is is rendered in full 3D, but the point of view is an isometric perspective. Like many games these days, Fallen Angel encourages you to make moral decisions, and right at the start of the game you are asked to select your path: Light and Shadow. This choice determines your objectives throughout the game, so that if you choose one path you may be the defender in certain circumstances, if you choose the other you will be the aggressor. As you might expect in a role playing game, you play a role - and you can choose form one of six classes of character. There is Seraphim (which appeared in the first game) who embodies all that is good, and can only play the Light path, Shadow Warrior, High Elf, Dryad, Temple Guardian or Inquisitor, who embodies evil, and can only play the Shadow path. Like all RPGs, in Fallen Angel you travel through the landscape, fighting battles and undertaking quests in order to collect items that you can use to assist you, and skill points that you can use to level up your character. The environment is vast and it loads dynamically, so there are no pauses as you pass from one region to the next. Because the game world is so large, you can choose to use a horse to get around. Every character also has a unique mount created specifically for their character class. While mounted your character can still take part in battles, but you will have different abilities. Characters and mounts can be customised with items obtained during the game, and items obtained during a multi-player game can be retained and used during your single player campaign. With its outstanding graphics and Dolby 5.1 channel surround sound, Fallen Angel gives RPG gamers an impressive and immersive experience.