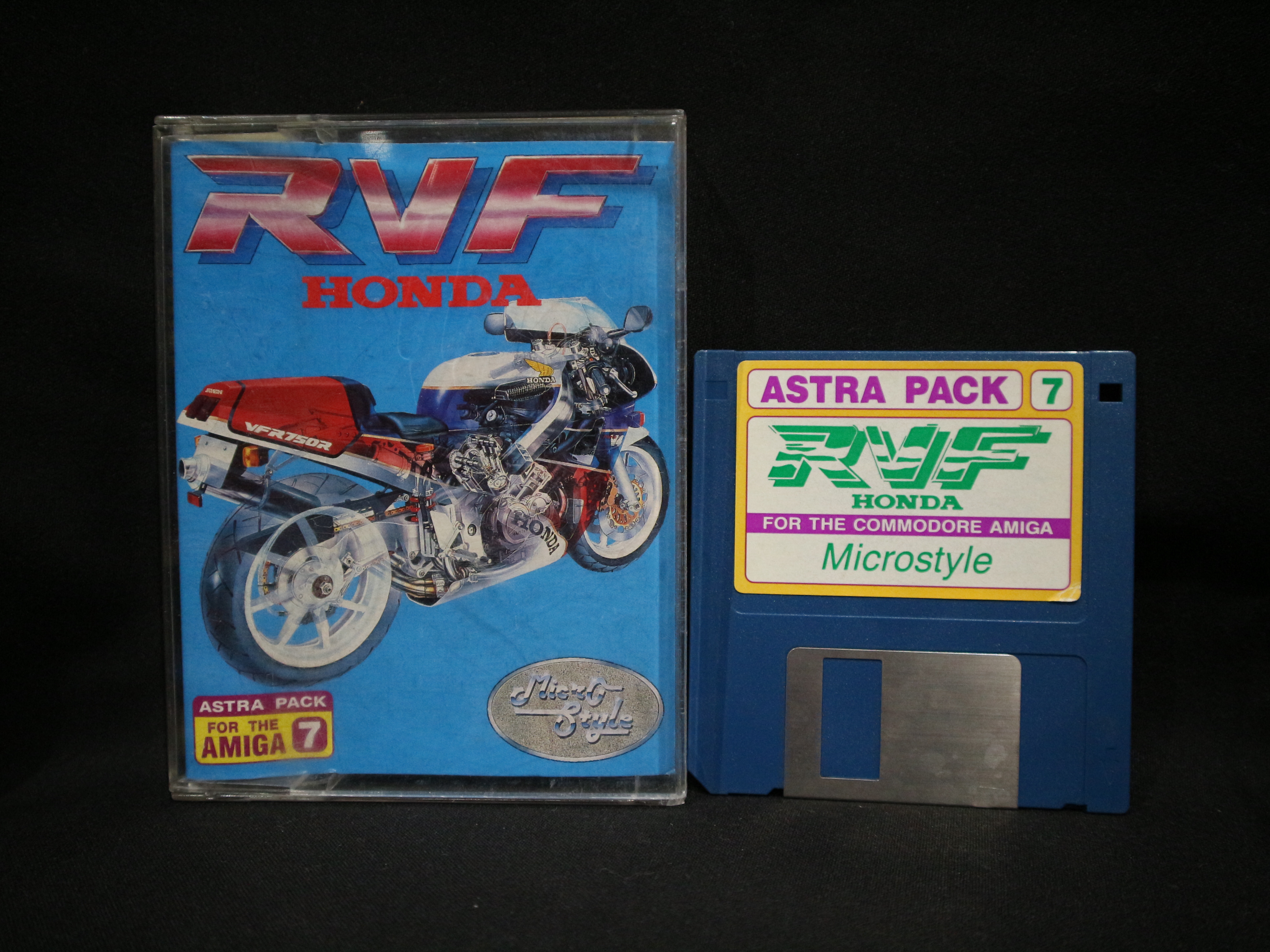 RVF Honda puts you on board a realistically-modeled RC30 bike, with the task of becoming world champion. Initially you race at Clubman level on fictitious local tracks (one of which is set in MicroProse's old UK home of Tetbury), before moving up to UK and then World championship racing if you're good enough. Each class of racing has 8 computer opponents, with the top 7 finishers in each of the championship's 8 races scoring points, and the races can be set to 5,10, 15 or 20 laps. The game's graphics appear to feature sprite-based bikes atop polygon scenery, which makes for very fast gameplay. The circuits feature puddles of water to upset the bike's handling, and oil, which causes you to crash. It takes time to remount the bike and get back up to speed by revving it back up (more realistic than most motorbike games at the time, but frustrating as you suffer for mistakes more), and after a couple of crashes the bike's dashboard fails, making it much harder to ride competitively. There is a two-player null-modem link-up mode, which can support an ST racing against an Amiga if you have the right cable.