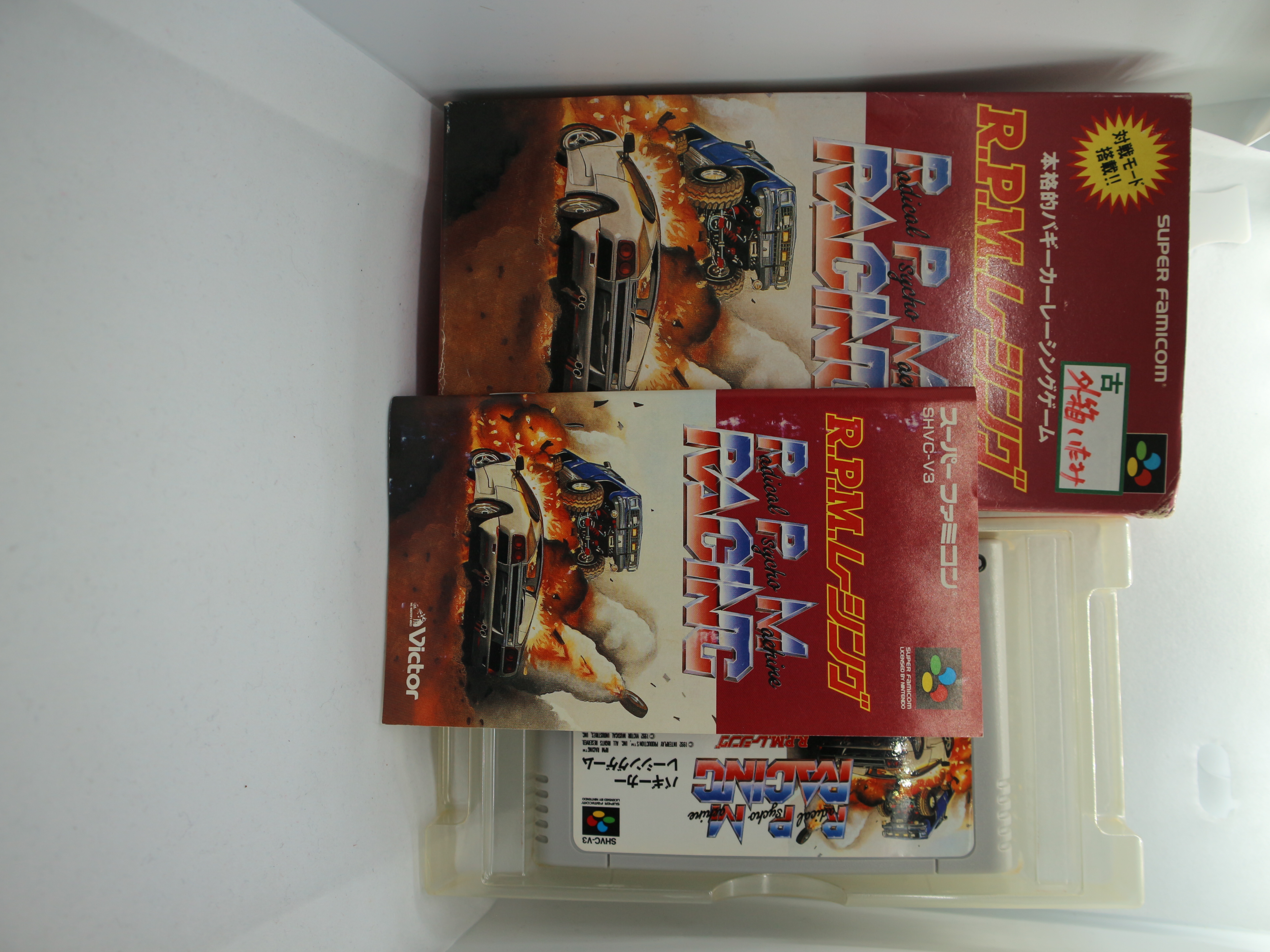 RPM Racing was preceded by Rareware's R.C. Pro-Am in 1988 and Electronic Art's Racing Destruction Set in 1985, with the latter being the larger influence. It is a precursor to Rock 'n Roll Racing, which was done by the same developer. Combat, obstacles, and traction on the non-flat tracks play a significant role. There are 3 vehicle types to choose from that perform differently on pavement, dirt, ice, flat or bumpy tracks. Cars can be armed with oil, nitro, and mines. Additionally, there are 3 levels of tires, engines, shocks, and armor. There are full race season, single race, and custom track modes. In 1 player games, the 2nd player is replaced with one of 8 AI opponents who are each associated with their own vehicle. There are 128 total tracks in this game. In season mode, each track has an entrance fee and cash prize for placing 1st; often lesser cash prizes for lesser placements are also awarded. For an additional fee, racers can opt to move to a higher racing class (levels) where fees and prizes are bigger. Each class has its own set of tracks that the player may choose from. No track is mandatory or unavailable within a class. The player also has the option of going back to a lower class for free, which may become necessary if funds are eaten up be fees without winning prizes. However, going up always incurs a fee, even if the player has been there before. During custom track designing, players can set the track's laps, gravity, and starting line type. Each track section can be pavement, dirt, or ice. Track sections are laid out like puzzle pieces on a 2D non-isometric grid (Pipe-Mania style). Sections include horizontal and vertical straights, four standard 90° turns, eight T-sections for diverging and converging multiple paths in any direction, and a criss-cross. Either a horizontal or vertical special straight section is used as the starting grid.