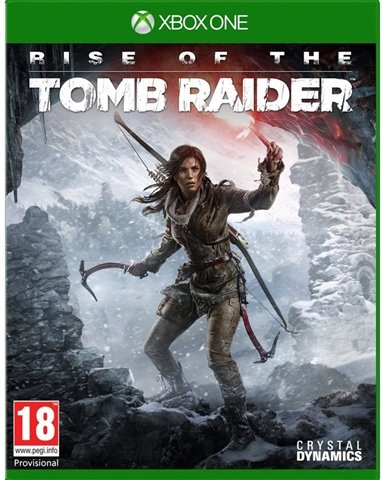 Rise of the Tomb Raider (Xbox One)

You're cold, you're alone, there are wolves snapping at your heels and the only escape is down a treacherous mountainside blanketed in snow. But in your head are recently-uncovered ancient secrets. You're Lara Croft, the tomb raider, and this is what life's all about. Crystal Dynamics breathed some much needed fresh air into the Tomb Raider series when it rebooted gaming's most famous heroine, Lara Croft, back in 2013. The game was stripped back to its roots with greater realism and a focus on survival that was reminiscent of Far Cry. With Rise of the Tomb Raider the studio is building on that success, going bigger and introducing us to a more seasoned Lara. The game takes us to Siberia. It's a quasi-open world split across several hubs. Each one is riddled with items Lara needs to gather for survival, as well as hidden caves, hideouts and (of course) tombs to explore. Getting through them takes platforming, puzzle-solving and the occasional use of a blunt instrument. Crystal Dynamics has, in particular, really upped the ante with the number of tombs to explore in this one, with challenges that are sure to exercise the old grey matter. With the open world comes an open approach to combat. Players might opt for a stealthy approach with the bow and arrow, or they might charge in, guns blazing. Sometimes, though, the circumstances might push you out of your comfort zone. While poison arrows are a great way to quietly take down anyways, they won't always be on hand. Crafting bombs, on the other hand, might be a no-brainer.. Rise of the Tomb Raider makes a real adventurer of players, including having them make the tough calls that might mean the difference between survival and death.