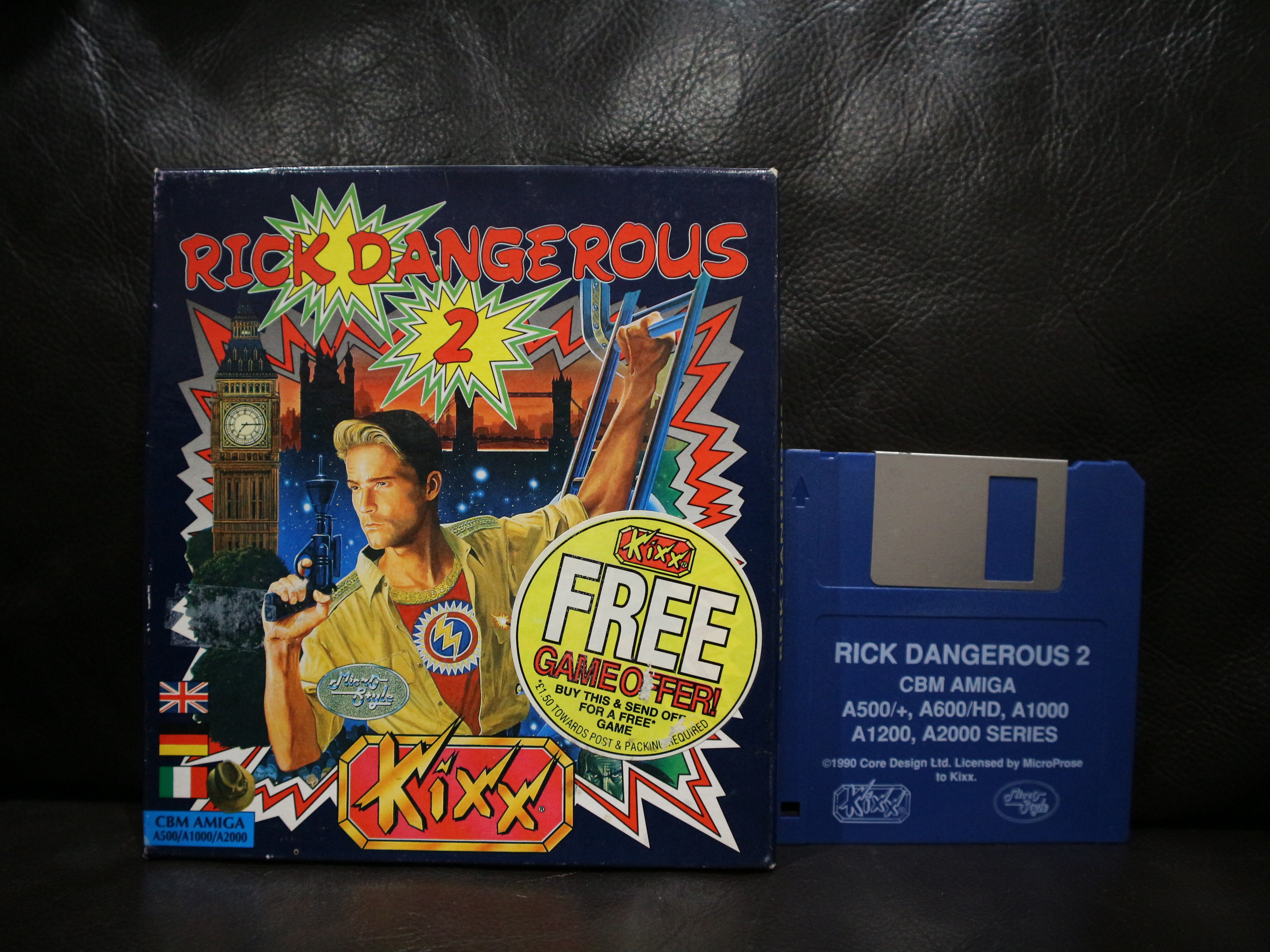 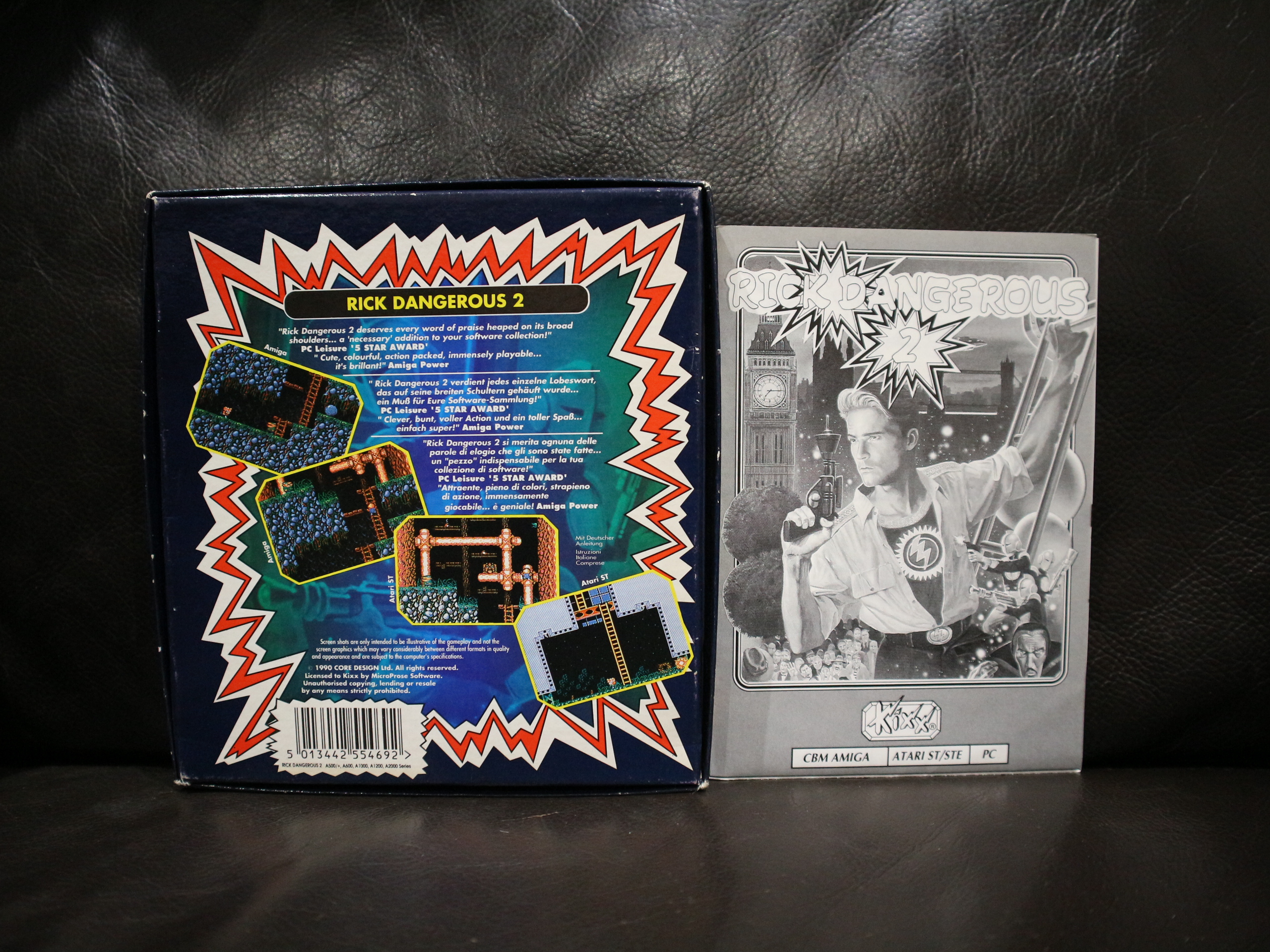 Your role as Rick Dangerous demands that you stop the Fat Guy and his evil plans to help an alien race take over control of our world. The journey takes in Hyde Park, Ice Caverns, Forest and Atomic Mines. He must solve positional puzzles and memorise the locations of laser bolts and booby traps, as well as avoiding enemies including robots, penguins and nomads. As in the first game, a fifth level is unlocked after you complete the four standard levels. Rick can climb ladders and crawl through tight spaces. He is equipped with a laser gun and six little bombs, but can also punch with some effect. The controls are very easy to understand: pressing fire+up shoots the gun, pressing fire+down places a bomb, pressing fire+bottom-left/bottom-right makes Rick slide a bomb along the floor in the specified direction.