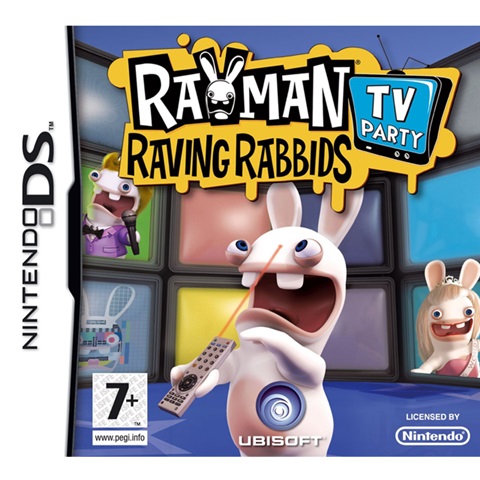 Poor old Rayman, he just doesn't seem to catch a break. Not only has he been bumped right out of the gaming limelight by his nefarious foes, the Raving Rabbids, but now he's having to put up with the little blighters taking over the telly. If you've come across those rascally Rabbids before, you'll know that can only be bad news for Britain's favourite pastime. If you like your time in front of the box to be a little more energetic than your average couch potato, however, that's good news for you. Rayman Raving Rabbids TV Party offers up some 65 unique minigames to play, based around the Rabbids having taken over a full week's worth of programming. The many television stations that you have to ensure include "X-TRM Sports", "Shake-it TV" and "Sabotage", which will provide hilarious send-ups of well-established real life shows. The Nintendo DS console is used to its utmost potential in terms of control and visual craziness, and to push the party-focused emphasis of the game, Ubisoft has also opted to include a multi-player mode for multiple DS users at once. There are bound to be laughs aplenty as you all 'rabbidly' try to get to grips with all the crazy activities the Rabbids have in store for you!