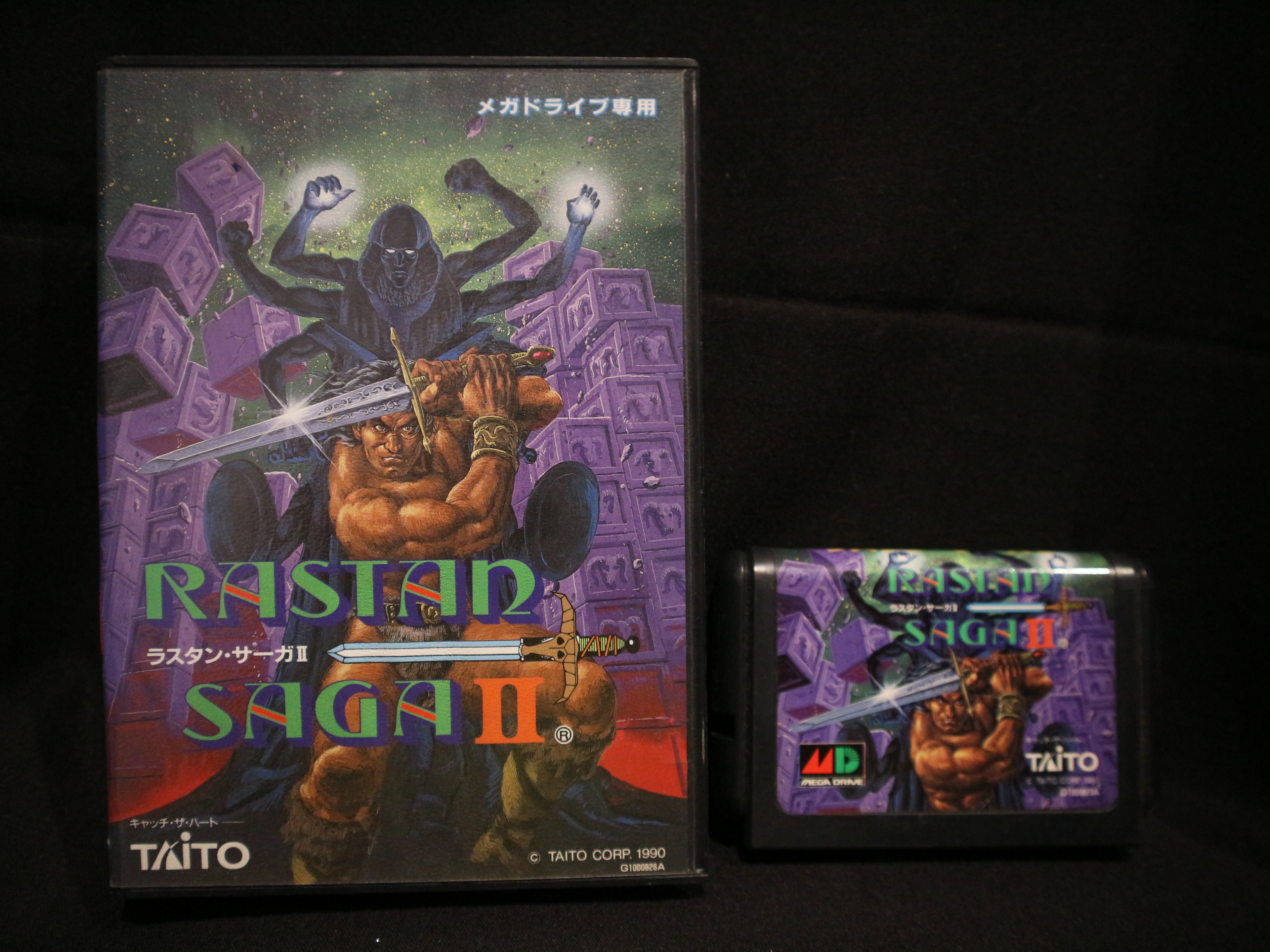 The "Rastania" was a sacred place, in which the sacred temple, "Skyscraper", soared into the sky. It is said that whoever conquer the "Skyscraper" would rule the "Rastania". A wicked group has invaded the "Skyscraper" and has tried to make it their own. If the situation is left as it is, the place would eventually be controlled by the wicked group. Rastan Saga II is the sequel to Rastan, containing the same hack-em'/slash-'em gameplay as the original. You are a warrior who must get through a number of levels, and trying to collect gems which can only be obtained by defeating the end-of-level bosses. Collecting power-ups along the way awards you with extra life or better weapons.