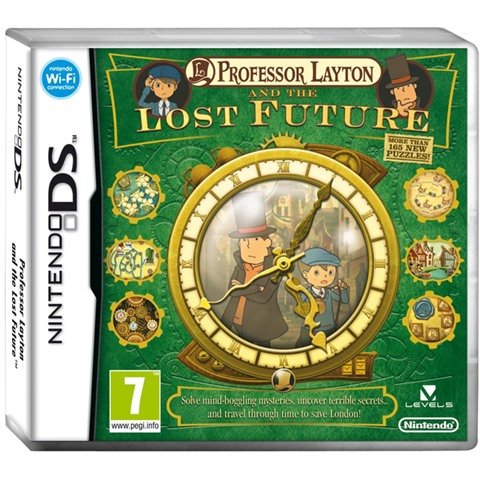 The super sleuth with a passion for solving puzzles, Professor Layton, is back with his boy apprentice Luke on Nintendo DS, and this time he has to deal with a calamity that hasn't even taken place yet! The Professor receives a letter from Luke, ten years from the future, and the message speaks of a terrible incident that has brought London to its knees. In a seemingly coincidental incident, the British Prime Minister took a special test-drive of a time machine earlier that week, resulting in an explosion. And so Layton and Luke must travel through time to uncover the mystery that has surrounded this whole affair. The classic story-driven adventure format returns, along with 165 brand new brain teasers for you to try and solve along the way. The Nintendo DS stylus is used to overcome all kinds of logic problems and to guide the lead characters on their rather strange journey through the ages. If you fancy a wander, you can even explore the city and take the London Underground to Chinatown. New additions to this adventure include the ability to use Super Hints in a puzzle - which tell even more than the usual hint but cost two coins - the chance to control the 'Laytonmobile' around the game world, and interaction with Layton's new pet parrot. A storybook can be completed using special stickers awarded by solving secret puzzles.