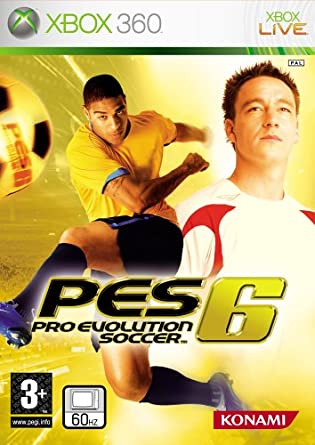 The longer the franchise goes on, Konami still doesn't need to shout out loud and long about a new version of Pro Evolution Soccer. Console footy fans know that for all the bells and whistles and 'look at me' bluster accompanied by the other major soccer game from the other major player in football video games, Konami always comes up with the goods without a shed-load of advertising. 2006's offering is no exception: different enough from its predecessors to warrant more than a cursory glance, yet essentially the formula we've come to know and love. Madly. PES6 for the 360 is a beauty, as Sky Sports smug Scots co-commentator Andy Gray would exclaim. Of course the game looks much better on the 360 than it does on a 20th century console (hello PS2!) but Pro Evolution has always been about gameplay and 6 has it all. This time around, the shooting system has been refined. Players are able to take a pop at goal more instinctively than last time out, and volleys and half-volleys have had a re-vamp too. Feints, backwards dribbling and retaining possession after a slide tackle are also new features for 2006. Things can get more physical in PES6, with defenders closing down attackers much more in evidence, defensive blocking (legal or illegal) and clever new turns for the more highly rated players in the game. These things take time to learn, but it's a great deal of fun getting there. Pro Evolution Soccer may be the supreme playing experience as far as football's concerned, but there has always been a section of fans dismayed at the series' lack of authentic club and player names. PES6 has its share of misnomers (for Reading, read Berkshire Blues as an example) but hey! There's an edit facility if you feel that way inclined. There again, new licensed (i.e. authentic) game content includes kits and squads for the Czech, French, Australian, English, Italian, Argentinian, Spanish and Swedish national sides. The top French league has also been added, along with big club sides from Europe including Benfica, Sporting Lisbon and Olympiakos. We're sure we've told you this before when referring to Konami's football games, but the beautiful game just got a whole lot better. You lucky people!