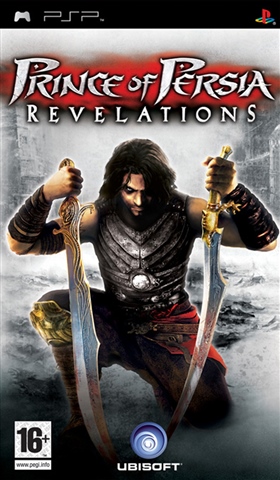 Prince of Persia: Revelations is the popular series' first outing on the PSP. The story begins a few years after the conclusion of Prince of Persia: The Sands of Time, with the Prince having returned to Babylon, only to find himself hunted by a supernatural creature bent on his destruction. Don't you just hate it when that happens!? Forced to live a life on the run, he seeks counsel from an old mystic, who explains that the Prince's actions have spawned a creature known as the Dahaka. In saving the Sultan's palace from destruction, the Prince created a rift in the Timeline. The Dahaka intends to repair this problem - by ending the Prince's life. The Prince quickly realises that there's only one way to end his troubles: journey to the birthplace island of the Sands of Time, find a way to travel into the past, and stop the Sands from being created. Luckily, thanks to the talisman Farah gave him at the end of Prince of Persia: The Sands of Time, the Prince still has the ability to control time. Phew! Prince of Persia: Revelations employs a free-form acrobatic fighting system, allowing the player to engage in combat with no boundaries and creating their own unique fighting style. Enemies possess a large variety of abilities: some enemies have long distance weapons or attacks, others have acrobatic attacks. Players can grab an enemy and then decide whether to throw them, finish them off or use them as a shield. Plus, a new projectile attack system also allows long range combat tactics. The game includes two different endings and 50 weapons to find and master.