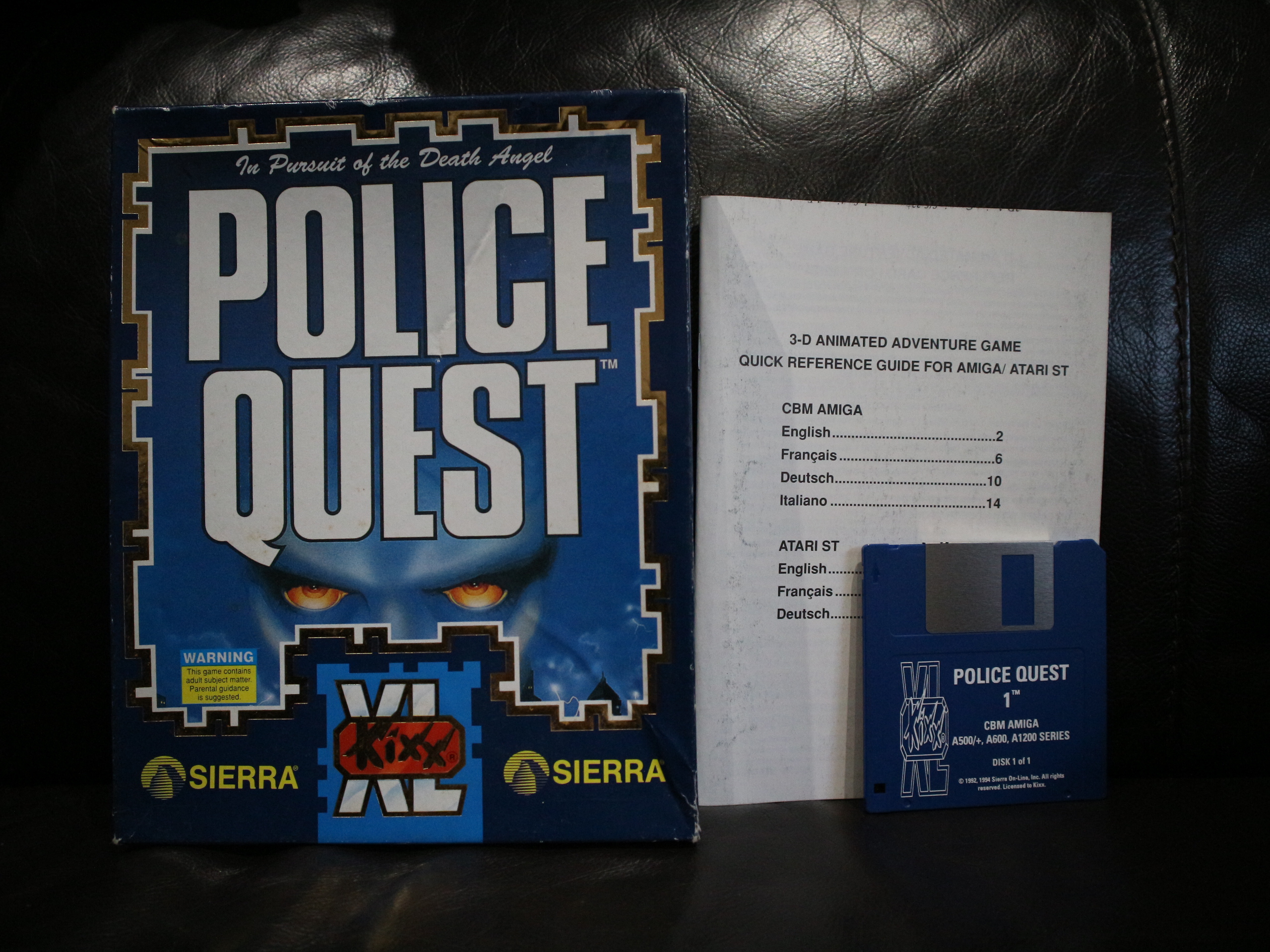 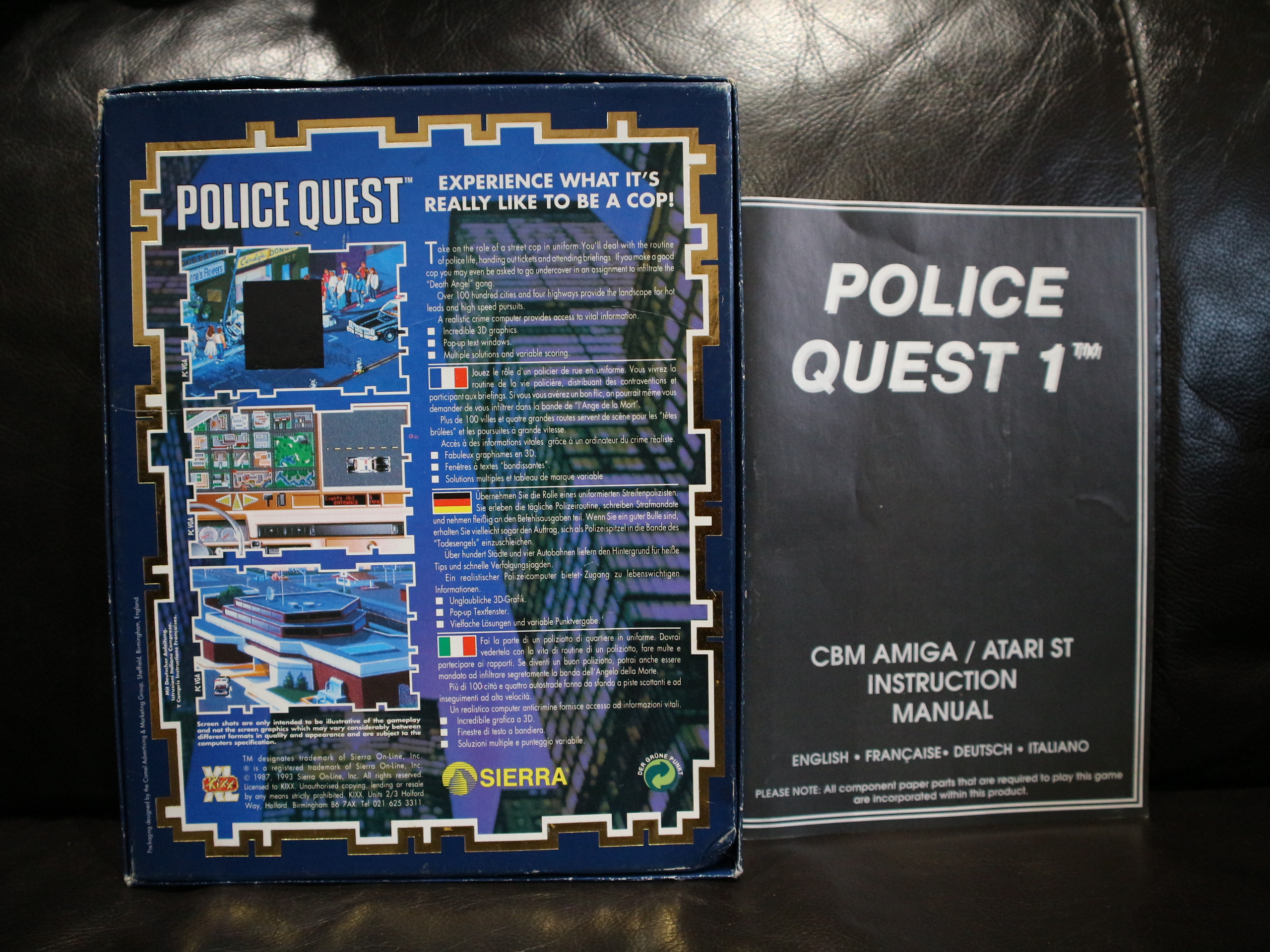 Police Quest: In Pursuit of the Death Angel ( Amiga)

Sonny Bonds is a small town policeman who must fight against the rising tide of drugs in his city. The game is based on real police procedure and adheres carefully to following the rules of police work. Beginning as a patrol officer and working into detectives, Sonny will chase down the infamous Death Angel and put an end to his criminal underworld. A typical Sierra parser game built with the popular AGI engine, Police Quest differs from the others release by the company in the realism of the setting and travelling, that is done by car, controlled by the player using a overhead view (instead of the cabbie of Leisure Suit Larry or walking around in Space Quest). Some sections of the game require the player to be efficient driving the car (as there are a fair number of chases, and traffic rules also apply to the player).