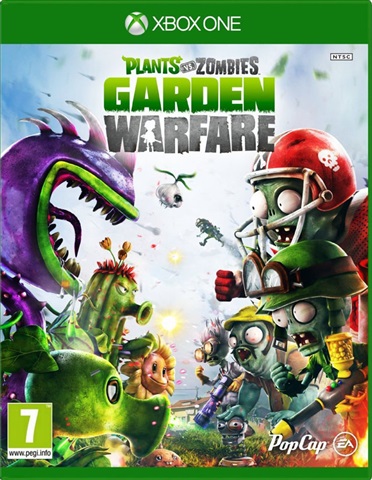 Plants Vs Zombies: Garden Warfare is either a brilliant idea or a totally bizarre one, depending on which way you tilt your head when you look at it. On the one hand, the game has its roots in a casual strategy title that's designed to be easy to pick up and play - that doesn't scream 'make a third-person shooter based on the Battlefield engine out of me!' On the other, the franchise is about plants and zombies trying to blast each other apart, so you can kind of see where EA is coming from. The game is multiplayer only, with not even a half-baked attempt to introduce a campaign or solo play in a multiplayer style. It's all about taking on other players. And, of course, it wouldn't be much of a multiplayer shooter without direct competition, so in a break from previous games the zombies are playable for the first time. The two sides are divided up into classes, with different weapons and styles for each side. For example, the Sunflower heals for the Plants, while the Scientist will do this job for the Zombies. The former heals with a beam of sunshine, while the latter uses a fire hydrant filled with purple goo. That gives you a bit of a taste of the strangeness you can expect to see on the screen at any given moment! The differing weapons means different tactics will be needed for each side, too, making for a deeper experience than you might expect. This might sound like a bonkers idea for a shooter, but with such a strong pedigree behind it it could be the bridge between casual audiences and the FPS hardcore.