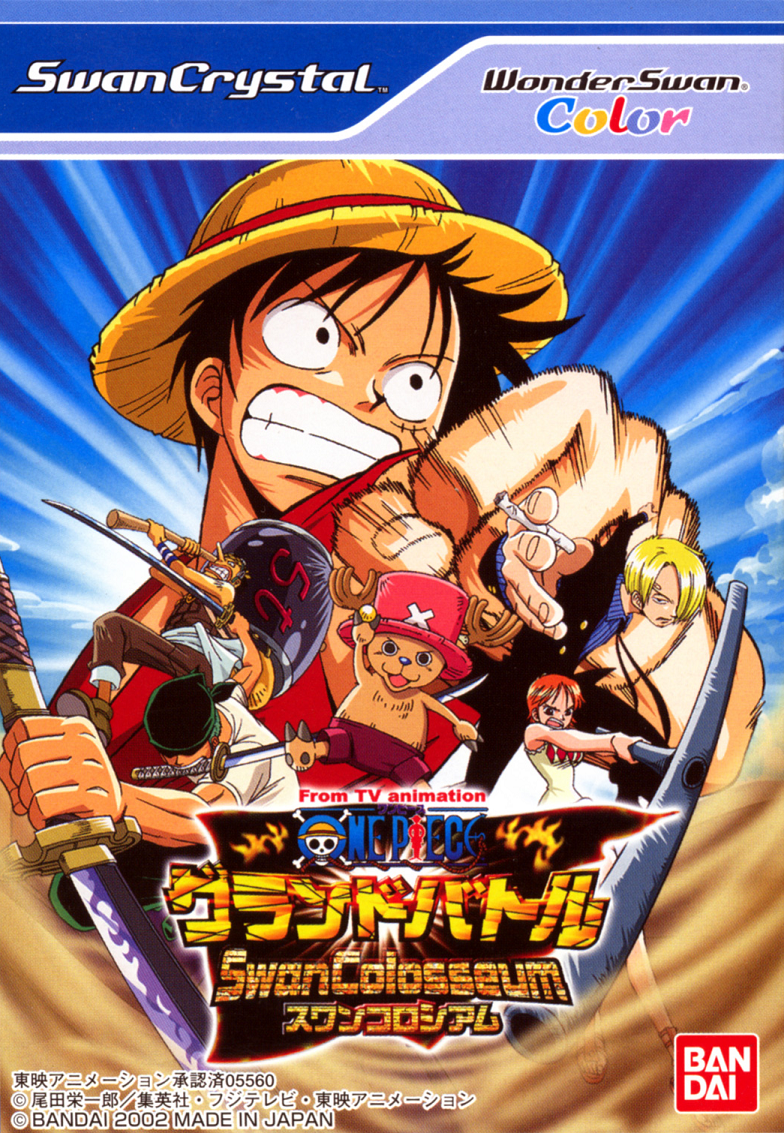 Grand Battle! Swan Colosseum is a fighting game based on the One Piece manga and anime, released for the WonderSwan Color. A handheld spin-off to Grand Battle! 2, it condenses many of the game elements to a smaller scale, with its story material adapted almost exclusively from the Arabasta Saga. The game was developed by Dimps, published by Bandai, and released on July 12, 2002.