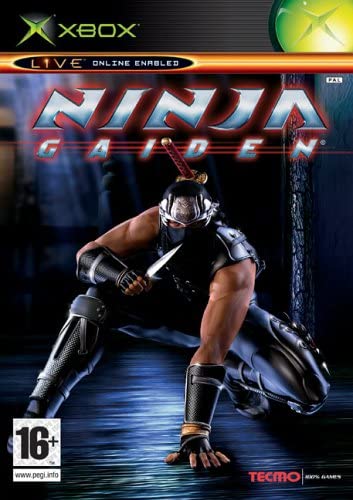 When the Vigoor Empire attacks Ryu Hayabusa's village and steals the Dark Dragon Blade, the ninja vows to seek revenge with his Dragon Sword. Gifted with an impressive sets of moves, combining both melee and projectile weapons, you will need to defeat hordes of ninjas and monsters. During your journey, you acquire new moves and abilities such as the Art of the Inferno (fire), Ice Storm and Inazuma (thunder-like). Other moves include running over water, wall-based combos and ultimate techniques. You have to search or shop for special items, armlets, weapons and scrolls that enhance your abilities. This fast-paced game is known for its hard difficulty (true to the series) and smart enemy AI that hardly relies on patterns. The Live! features allow for participating in the Master Ninja Tournament, a nationwide competition with prizes.