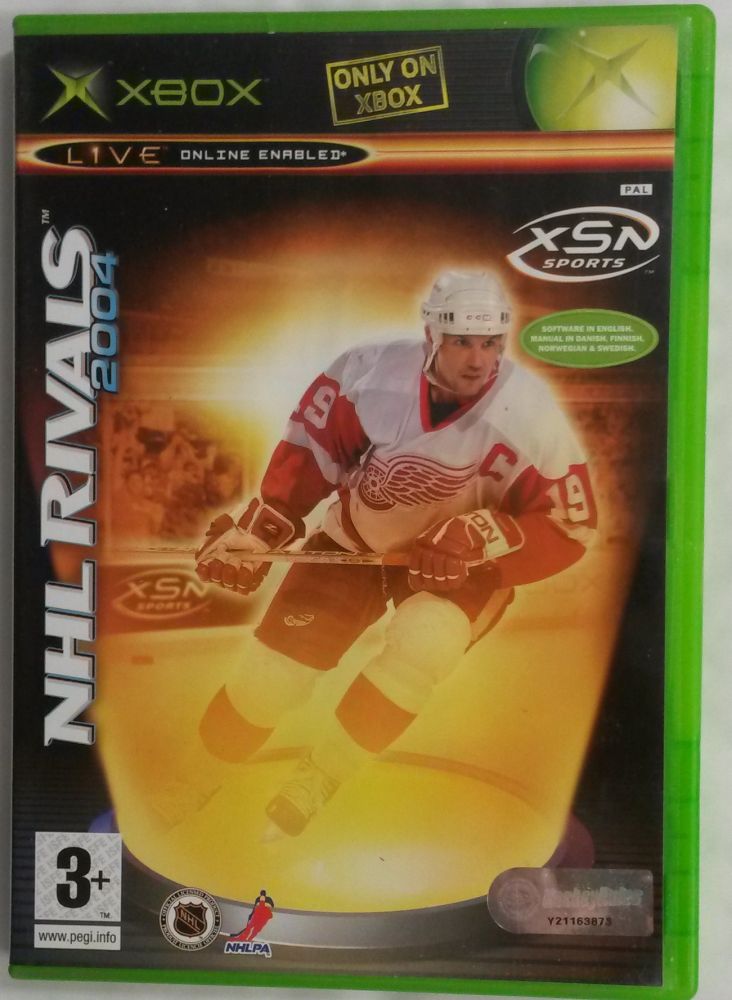 Considering that the amount of Xbox ice hockey games currently on offer is almost into double figures, you couldn't really be blamed for demanding a little more from this latest release from Microsoft's in-house team. Thankfully, NHL Rivals is emblazoned with the Redmond giant's latest Xbox Live-associated logo, XSN Sports, and therefore comes complete with an abundance of online features, which basically make up the main focus of the game. Consequently, the emphasis is most certainly on hooking your big black box up and taking on other 'real' players from across the globe over the Internet. Via XSNSports.com you can organise teams and take part in such events as leagues and competitions, with Xbox Live automatically broadcasting all the resulting up-to-date scores, stats, standings and trade proposals throughout. Aside from the online aspect, the game also offers all the usual fare of localised options, such as Single Games, Playoffs and Seasons, with some more in-depth solitary play being found in the Tournament mode, which allows you to create up to a 16-team round-robin knockout competition. Finally, Rivalry mode instantly puts you into a grudge match between historic rival teams - such as the Canadians versus the Maple Leafs - with no need to pick teams or set lineups. At its core, the gameplay in NHL Rivals 2004 doesn't venture too far from the usual tried-and-tested ice hockey game formula, aside from a couple of new features, one of which is known as the Faceoff system. In an attempt to recreate the importance of a real-life faceoff, this element features a unique stick-placement system with special moves and counter-moves that enable you to win the puck clean with the stick, use the player's feet, or block the puck just like the pros. As has long been the case with ice hockey titles, the physical act of fighting plays quite a part in the game, courtesy of what's been dubbed as the Player Fuse. Each hockey player's real-world personality and inclination to fight have been incorporated into his composure rating and 'Fighting Fuse' - the shorter it is, the more likely he is to drop the gloves and start beating the opposition around the head. To get a rival riled you need to hook, check and frustrate him - should it happen to you then you're given the choice of whether to fight or back off, depending on whether or not you deem it wise to play nice and take the penalty. NHL Rivals 2004 is one of the first titles to take advantage of Microsoft's new XSN Sports offering, which promises to bring the sports gaming world closer together on quite a grand scale. If your Xbox is Live, then this is almost reason enough to check the game out, as, underneath all the online features, there's still a solid hockey game to be enjoyed.