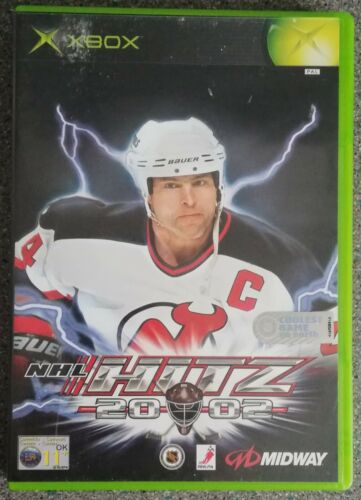 Ice Hockey games really took off with the advent of the 16-Bit Nintendo and Sega systems. Electronic Arts' NHL series is widely acclaimed as being one of the best sporting series ever made, and put the concept of digitised ice hockey into the mind of the average games consumer. Since then, EA has concentrated on refining a series of hockey simulators, whereas Midway has developed the Hitz series, a hockey game with a true arcade pedigree. Developed by Black Box, the team behind EA's Nascar 2001, Hitz is best described a frantic, frenetic, full of character and unexpected surprises. Everything about this game is hugely exaggerated and wildly over the top. For instance, it is a well-known fact that hockey players reach pretty impressive speeds on the ice. In NHL Hitz they reach crazy speeds, checking each other with enough momentum to cause serious injury. Yet in Hitz, they just pop back up again! The game is a three-on-three affair and bears a pleasing similarity to arcade sports titles of the past, like Neo Windjammers or Cyberball. The emphasis is on fun, but a high level of skill is required. Perhaps this series and others like it keep the fires of true gaming burning? A true gaming ethic is at play here. For every action, there is an equal and opposite reaction. In a play-system inspired by scissors, paper and stone if you try to check the opposition, he can simply perform a spin move and escape. Similarly, for every offensive play you make, there is a defensive play that will scupper it. Like in a fighting game, both players understand the rules and priorities, making skill, timing and reaction the key to winning. This is excellent multiplayer gaming with an old-skool ethos that should be welcomed by every true gamer.