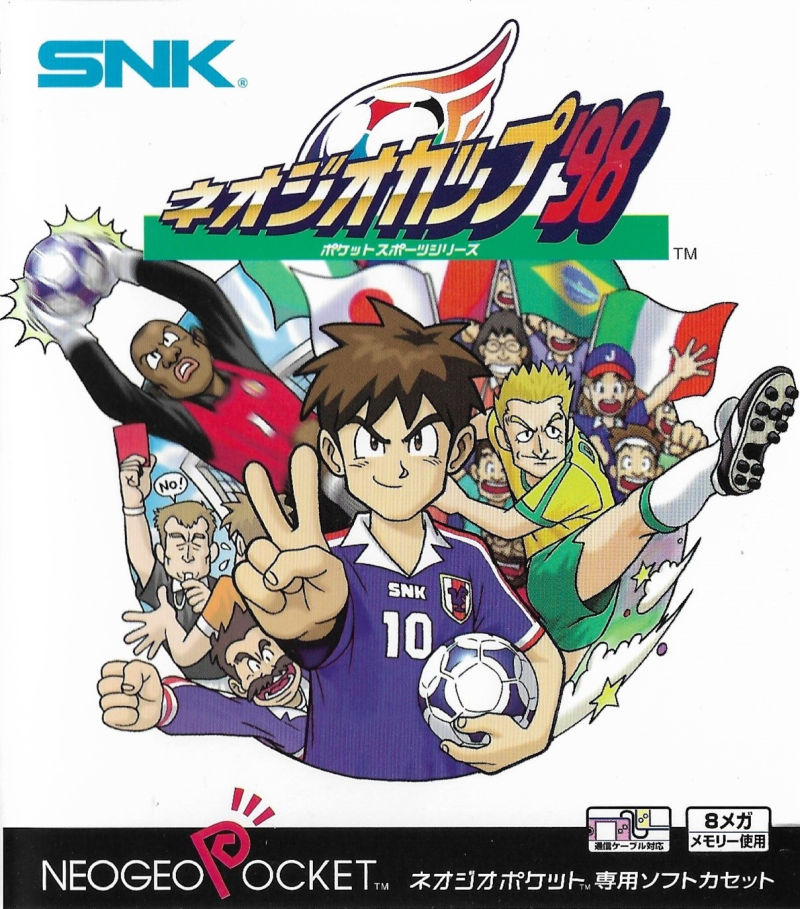 Neo Geo Cup '98 is a football/soccer game for the Neo Geo Pocket. This version is different from Neo Geo Cup '98: The Road to the Victory — here playing field is vertical-scrolling, not side-scrolling. The game has less national teams than the bigger version — the player can choose one from 16 teams. Neo Geo Cup '98 is an unofficial adaptation of the World Cup - SNK has made a fictional Neo Geo Cup. Gameplay is quite simple; the player controls a football team and must win matches against rival teams. The game uses simple "2-buttons and stick" controls (limits of the Neo Geo Pocket).