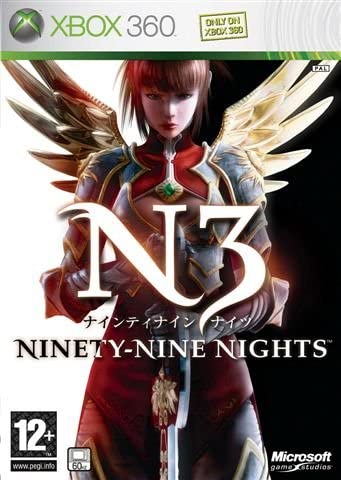 N3 Ninety-Nine Nights follows the individual journeys of seven warriors. The struggle between the light and dark has resulted in the destruction of the mysterious Power Stone, and a new world order must be established. The magnificent seven (can we call them that?) are destined to battle in places far beyond their imagination, as a grand tale full of drama, destruction and violence unfolds. In N3, you can control up to seven different characters, but from the outset, you have to play as Inphyy. Inphyy is a 17 year-old female member of the Temple Knights. She brandishes a crimson broadsword and wields a Light Orb Spark, something that when summoned can do much damage. Her lineage is descended from one which is blessed with a divine protection of the light. She's unwavering regarding her faith in the Temple Knights and her belief in justice. Once you meet certain game conditions playing as Inphyy, you will begin to unlock the remaining characters. Each one has unique weapons and uses Orb Sparks with differing attributes. N3's selection of characters has a different back-story and each one faces a unique set of circumstances. As you progress through each warrior's story, the events of this tale unfold on a grand scale. Across several parallel timelines and a number of perspectives - not to mention many battles against Orcs, Goblins, Trolls and Dragons - eventually the vast universe of Ninety-Nine Nights reveals itself as one of the deepest game experiences of 2006.