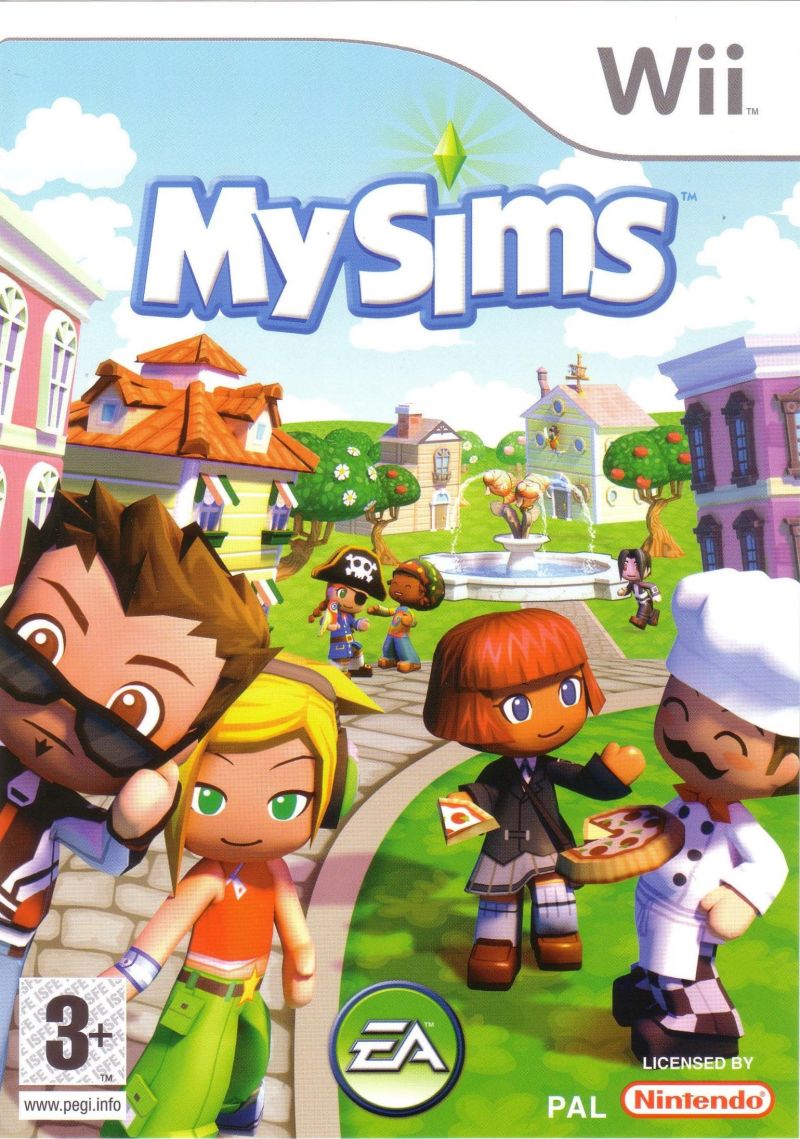 MySims is the first Sims game to appear on the Wii. Unlike any previous version, it has been redesigned for the console with an entirely different look. Both the characters and the environment are more anime-like and resemble the Mii characters for the system. The game puts players in charge of reinvigorating a town that has been struggling lately. Through ingenuity and creativity, players can make the run-down town thrive again. Improving the town attracts new residents, like Roxie Road, who runs the Ice Cream Shop, or Vic Vector, the rad arcade dude. The new residents still need more than a house to feel at home. Build them what they need so that their place can come to life. The game offers a large amount of customizing, including houses and furniture. In return, the player receives new outfits and special items. Certain options are also acquired through essences, granted by helping the characters or simply locating them in the village. Unlike the other games in the series, the Sims have no needs and the houses are built using blueprints with building blocks, rather than through a catalog. There are over 80 NPCs to meet, with whom the player can build up relationships. The nunchuk is used for movement and the remote for moving and building objects.