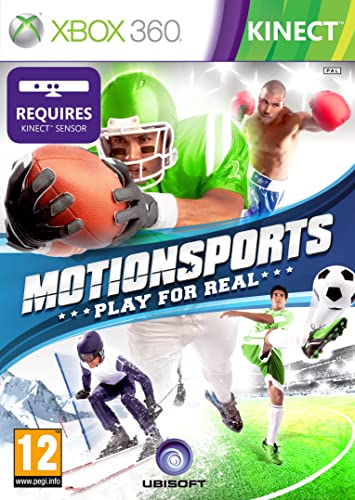 Microsoft's Xbox 360 "full body" controller, Kinect is getting plenty of support from Ubisoft. Motion Sports sees a set of six sports games that are aimed at getting gamers off the couch. The sports include Skiing, Soccer, American Football, Boxing: Horse Riding and Hang Gliding. Within each of the individuals disciplines, however, there is a variety of mini-games and challenges. In fact there are more than 40 challenges ranging from Super-G Slalom to taking (and saving) penalty kicks in tense shoot-outs. As this is a Kinect game there is plenty of scope for multi-player as well as single-player action. This means that more than one member of the family or group of friends can jump in and out of the games as the proceed. Scoring points in each challenge soon adds up to the gamer's profile too - and this all builds up and the progress can be tracked by each player. All of this is captured in video highlights (with commentary) by Kinect's camera and can be played back as a Sport Highlights package including that commentary. Videos of gamers in action, as well as their achievements, can also be shared online via Xbox Live.