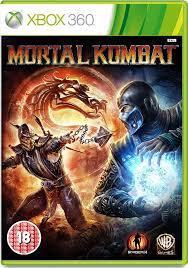 Finish Him! Mortal Kombat's back, and it's better than ever! Gone are the 3D arenas, the uninspired landscapes, the confusing combos (sorry, kombos) and the limp fatalities. Ed Boon and his Netherrealm team have really gone to town to implement the very best of each of the original games, while using modern technology and a few new ideas to make this nostalgia-fest feel fresh. For a start, instead of an in-house engine Mortal Kombat is using Unreal - but the characteristics and the collision detection of the characters are of such a pinpoint quality that you'd never have known it was Epic's engine at first glance. Punches, kicks, spears and grapples all connect with brutal effect - with the camera darting in close when performing throws in particular, so you can really see some damage. There's also the inclusion of a Super Meter, which works in a similar fashion to Street Fighter in that it fills as you deal and take damage. This gives you three different kinds of bonus abilities depending on how much you have the bar filled - the first is an enhancement of your special moves. The best of all three comes when you fill your meter completely - doing so enables you to perform an 'X-ray move' that has your character performing life-threatening punches on your opponent. It's this sort of visceral super-move that will make you sit back and realise that Mortal Kombat has successfully found a way to shock players in this desensitised, digital-blood-spattering generation.