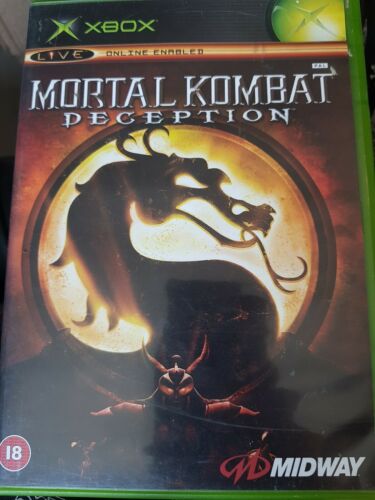 Based on the Mortal Kombat: Deadly Alliance engine, players once again have to fight to stop this new threat in the sixth installment of the fighting series. The standard Arcade, Versus, and Practice modes return, as well as new items to be found in the Krypt. In addition, there are new Konquest Adventure, Chess Kombat, and Puzzle Kombat modes to give the player new mini-games. There are a dozen Mortal Kombat fighters selectable at the start of the game, including both old favorites and mysterious newcomers. Longtime fans of the series will recognize veterans of the earliest Mortal Kombat games, such as Sub-Zero and Scorpion, Kabal, Baraka, Mileena, Ermac, and Nightwolf, who are joined by relative newcomers like Bo'Rai Cho, who debuted in Deadly Alliance. The game also introduces nine new fighters, Ashrah, Dairou, Darrius, Havik, Hotaru, Kira, Shujinko, Onaga, and Kobra, each with a distinctly new fighting style intended to balance the deadly abilities of the other characters. The Playstation 2 and Xbox versions offer online, competitive play against other players. The Gamecube version does not include online play, but offers Goro and Shao Kahn as exclusive playable characters.