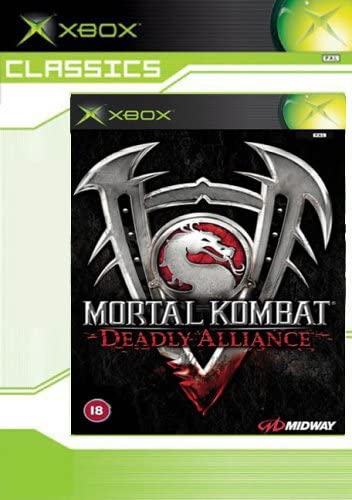 Mortal Kombat: Deadly Alliance is the first Mortal Kombat outing on the next-gen systems. Returning from past games are all your favorite fighters, and a host of new ones. Johnny Cage, Scorpion, Sub-Zero, Raiden, joined by such newcomers as Molloch and Quan Chi. Each character has their own specific fatalities. New to DA is a completely revamped fight engine. The graphics are in full 3D and feature somewhat interactive environments. Each character now has different fighting stances, allowing them to be in an offensive stance or a fatality stance. DA has over 600 unlockable extras, that are opened by earning "koins" that unlock "koffins". The game also comes packaged with bonus material, such as the "making of Deadly Alliance" and "the history of Mortal Kombat".