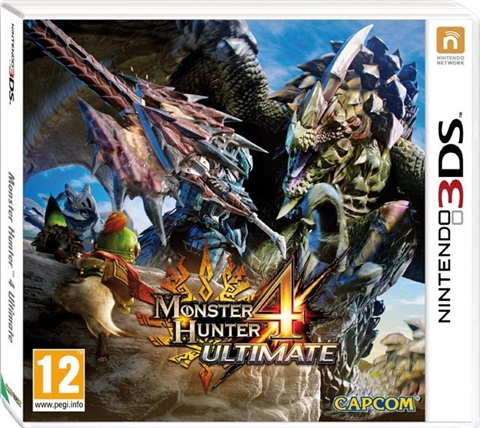 Ever since the Monster Hunter series made its first big splash in Japan it has been improving incrementally. With Monster Hunter 4 Ultimate, however, the series takes a large stride forward. The core of the game remains unchanged. So, yes, of course you're still hunting monsters. There's a bit more of a plot and structure in place than in previous instalments, though. As you play, you'll join a caravan that's exploring new lands and towns. This also comes with a mystery to solve, however - monsters have been showing up with mysterious runes attached to them, and it falls to you to find out why. The bulk of your time in Monster Hunter 4 Ultimate will, as ever, be spent preparing for the hunt by gathering resources then crafting with them and, of course, fighting epic battles. This instalment has cut out much of the activity getting between you and your next battle, however. The most obvious way this has been done is in the cutting back and spreading out of tutorials. They now come in much more manageable chunks than in previous games, making for a more fluid experience. Another big help is a vendor system that makes putting together mega potions easier than ever. A tweak that many will appreciate is the inclusion of camera control - either using the New 3DS's 'c-stick' or the circle pad pro accessory on older models. It's an addition that will make the game feel much more comfortable for new players. Capcom has also taken a slightly different approach to level design with Monster Hunter 4 Ultimate. Levels are designed with more vertical elements such as cliffs for players to traverse. These come with faster climbing mechanics and even the option to mount an enemy for a short period of time. All in all, players can expect a significant leap forward with Monster Hunter 4 Ultimate, but plenty of the monster fighting they love!