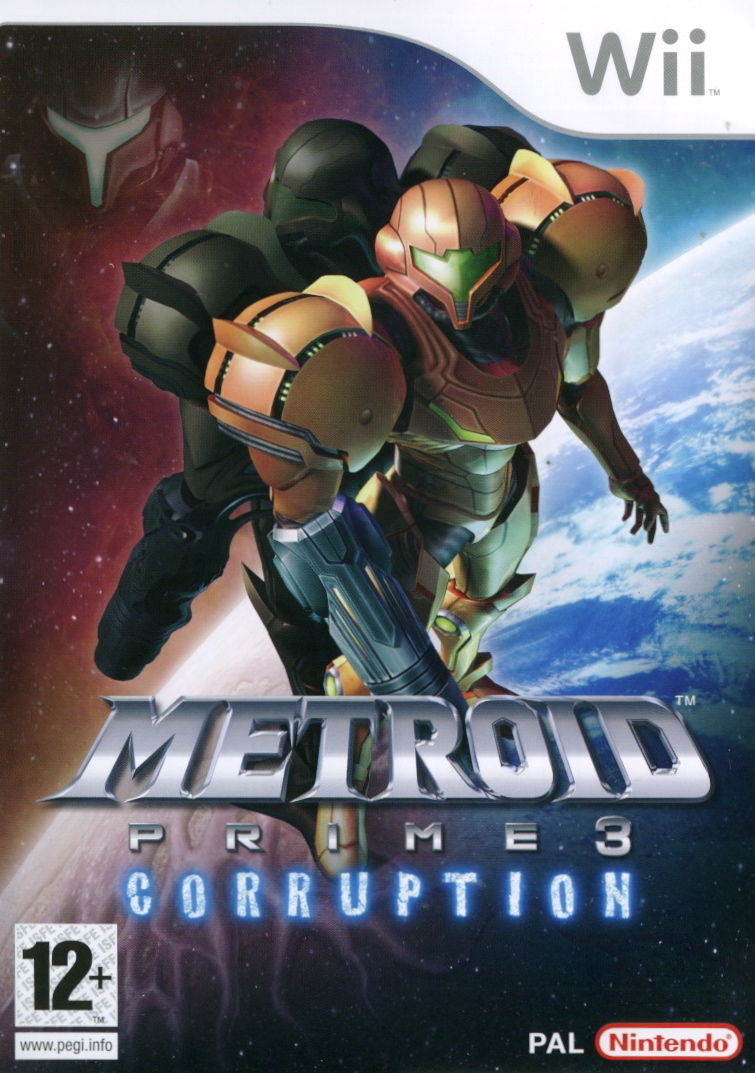 ONLY WORKS ON AMERICAN CONSOLES. In the third and final outing of the Metroid Prime series, bounty hunter Samus Aran is contacted by the Galactic Federation to discover why a computer network, known as the "Aurora Unit", has started to malfunction. The Federation believes it is the work of their long-time nemesis, the Space Pirates, and dispatches Samus to investigate the situation. Metroid Prime 3: Corruption is a first-person action game that spans the course of several planets. Along the way, Samus meets with Federation members and other bounty hunters. Samus also runs into many old foes; one such foe, Dark Samus, corrupts her with Phazon energy that increases her powers via a PED (Phazon Enhancement Device). She can choose when to use this energy, but the Phazon will kill her if used for longer than a certain time period. Gameplay is set within several 3D worlds, following the traditional Metroid formula of finding various armor and weapon upgrades to use, exploring areas, fighting numerous bosses, and avoiding environmental dangers. Although the game contains several action-heavy sequences involving firepower, the game's main focus stays with using new items at various locations to discover previously unexplored areas. The play control has been reworked to take advantage of the Wii's capabilities. For instance, players point the Wii Remote to aim Samus's arm cannon. The Nunchuk accessory is used for grappling objects; this grapple ability can be used to pull obstacles out of the way, grab an enemy's shield from its grip, or to swing across a gap. Samus can also use the Morph Ball to roll through small spaces or to escape enemies; Samus can even jump while in Morph Ball form without using bombs. Additionally, Samus can call her gunship to assist in battles, travel to other planets, or provide a mobile save point. Also new to the series are a collection of "Achievements", which can be unlocked by performing various tasks, such as killing a certain number of enemies, or scanning certain objects. The Achievements can also be shared with friends via WiiConnect24, by posting photos, or unlocking other special bonuses.