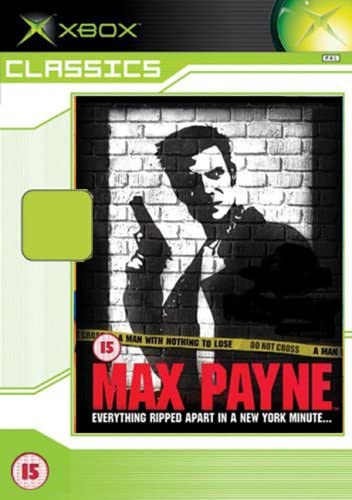 Max Payne has nothing to lose. A fugitive undercover cop, he has been framed for a murder and now has to contend with being hunted down by the police and the Mafia. Not a great start to anyone's day. Developed by Remedy Entertainment, Max Payne is a unique title. Though it tips its hat to almost every successful action/shooting game and movie of the past few years, it has a brilliant game system that makes it a real pleasure to play. A story-intensive game sees Max trying to prove his innocence, get his revenge, and battle his way through the underworld of New York during one of the worst blizzards the city has ever seen. The game is essentially a third-person shooter with a few nifty tricks up its sleeve. An over-the-shoulder view is controlled with standard commands taken from the world of first-person shooters. This means that instead of the clunky controls usually associated with third-person action games, Max Payne feels immediately natural to play. You can strafe, revolve, move in all directions, as well as independently look around. One of Max Payne's most impressive tricks is the inclusion of 'Bullet-Time' gameplay. This involves the ability to play the game with Max at full speed, whilst everything else is greatly slowed down. If you accidentally stumble upon a bunch of enemies, you can leap to the side, activate bullet-time and nail all of your opponents before they even realise you're there. Cool! A unique feature in Max Payne for the Xbox is the self-adjusting difficulty level. As you progress through the game, it determines how well you are doing, and adjusts the difficulty accordingly. It is also worth mentioning just how beautifully presented the Max Payne world is. The attention to detail shown is admirable, with even the individual bullets being rendered in real-time as they whizz through the air. If you don't mind a fair amount of blood and gore, Max Payne is one of the best romps around.