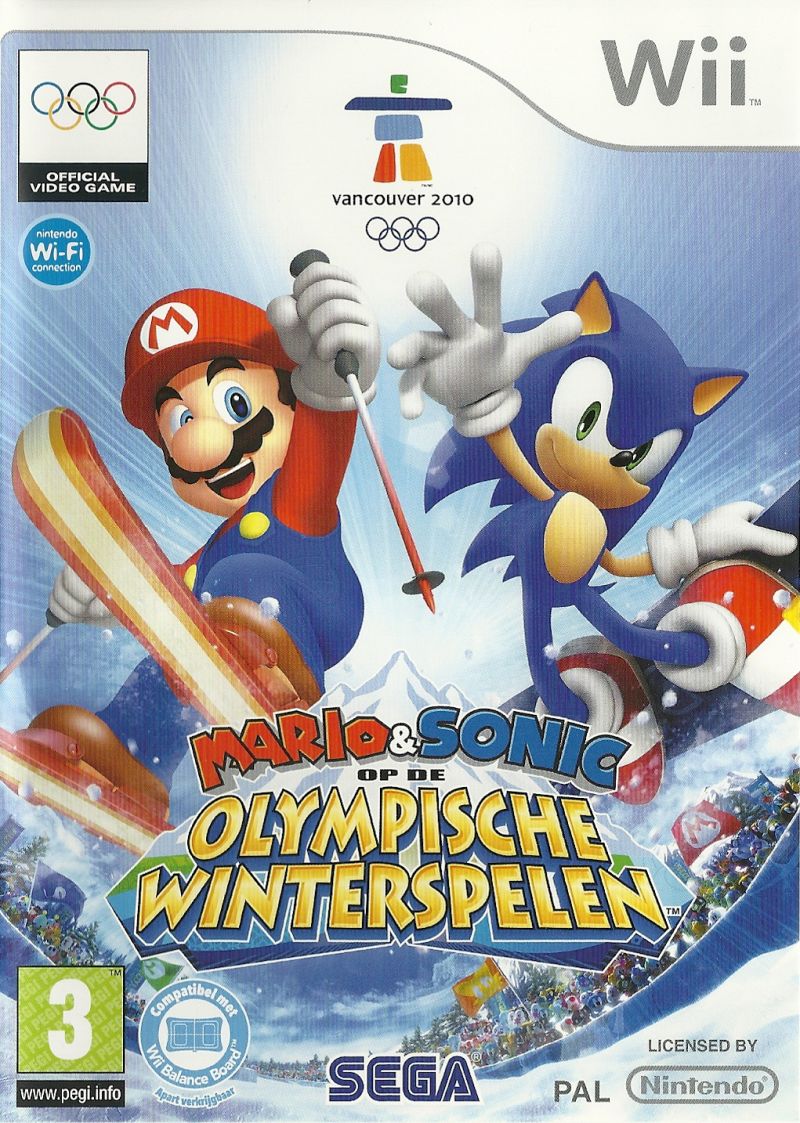 Mario & Sonic at the Olympic Winter Games is a sports game with the official license of the 2010 Winter Olympic Games and a crossover franchise from the Mario and the Sonic universe similar to Mario & Sonic at the Olympic Games. It takes place at the Vancouver Winter Olympics of 2010. Like the previous game, the 27 events are presented as motion-based mini-games. Aside from the main events there are a series of Dream Events that have enhanced features and visuals. Some of the events can optionally be played using the balance board peripheral. Events include for instance skiing, snowboarding, bobsleigh, ice hockey, figure skating and more. The games can be played individually or in a festival mode that spans 17 days. You can go shopping for various items to use in the game including costumes for your Miis and decorations for your equipment. Bowser Jr, Donkey Kong, Metal Sonic, and Silver have been added as playable characters. Multiplayer is available through cooperative and competitive game modes.