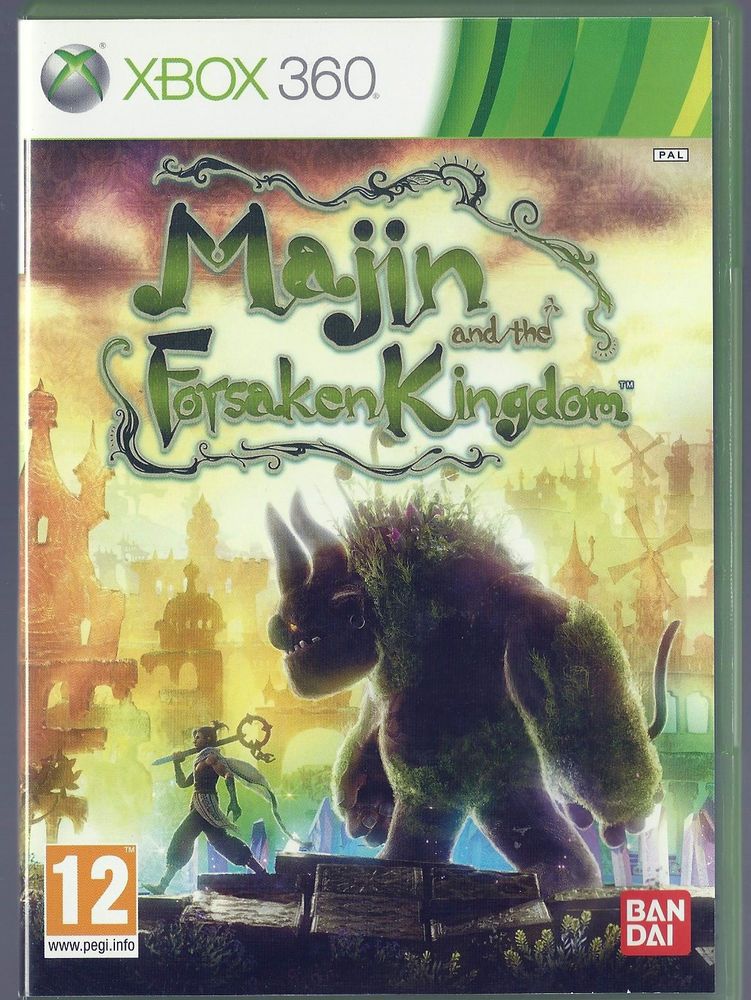 Majin and the Forsaken Kingdom (Xbox 360)

The once fruitful and glorious kingdom of Q'markaj has been overthrown by darkness. It has influenced all the five powerful mortals in the realm, including the King himself. Inhabitants of the kingdom have tried to find out why this has happened, only to never be seen again. Amongst all this, a young thief named Tepeu sets out to cleanse the kingdom of all the dark powers. His first goal is to free the once mighty Majin, a mythical behemoth. Thanks to Tepeu's gift of talking to animals of the kingdom, he'll receive helpful hints and advice on their journey. Majin and The Forsaken Kingdom is at heart a puzzle adventure game with action elements. The vast kingdom of Q'markaj features enemies in all sizes and not all require brute force to defeat. The player controls Tepeu directly and can via orders command the Majin to interact with the environment or charge head first in battles. As the player progresses through the game more powers can be found through the means of fruit which the player has to find and give to the Majin. Only then will he be able to utilize these powers. In total there are four of them, including wind power and lightning. Besides the obvious new skillset to use in fights, these powers often provides ways to overcome new or existing obstacles.