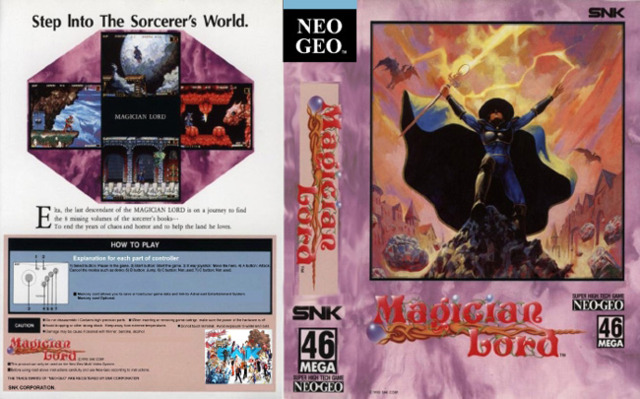 Magician Lord puts you in charge of Elta, a wizard who has the task of collecting eight books of wisdom from the clutches of Az Atorse, the god of destruction. By collecting the right power-ups along the way, you can transform into different characters, including the Rajin, Samurai, Waterman, Shinobi, Poseidon, and Dragon Warrior. Each character has different abilities. There are eight areas in the game, and each stage ends with you trying to defeat both a guardian and the end-of-area boss (which are basically Atorse's incarnations). One of the first games that demonstrated the graphical abilities of the Neo-Geo.