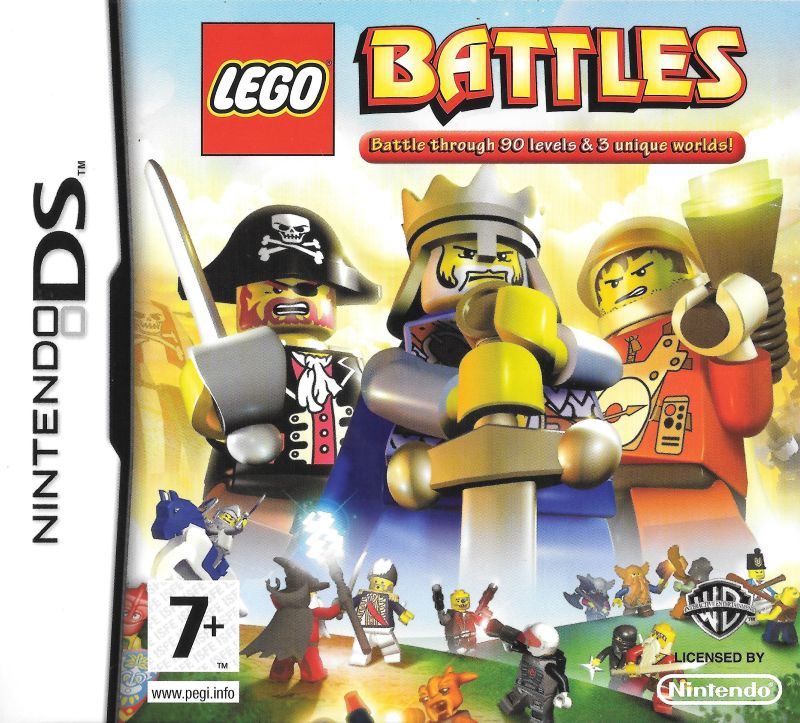 Hot on the little plastic heels of recent videogame successes in the LEGO universe, namely LEGO Star Wars, LEGO Indiana Jones and LEGO Batman, comes LEGO Battles. Featuring three popular themes from LEGO toy range, Space, Castle and Pirates, players can send their itty-bitty plastic armies in laser battles, wielding swords and sorcery and, a-hargh me hearties, a bit of swashbuckling combat on the high seas. Departing from the central action-orientated gameplay of the movie-related LEGO forerunners, Battles is distinctly a real-time strategy game at its heart. Players "build and battle" through six story lines, constructing their own LEGO bases and developing offensive and defensive units to engage in the game's 90 different missions. In true LEGO fashion, when you get a little tired of your troops, scrap them and start again by mixing and matching units to create your very own perfectly customized squad - perfect until you grow weary of them and start afresh! Though aimed at a younger audience, Battles' real-time strategy element means instant gratification isn't on the cards. Invest a little patience and thought, however, and players are rewarded by unlocking new characters, vehicles and abilities. In keeping with portable gaming, missions are short enough to make a bit of RTS action on the bus to work or school a possibility. Beyond story mode is the single-player free play mode, and beyond that is the endless world of multiplayer, with the game supporting 2-3 player wireless battles. Now, with bit, mace or musket in those little plastic claws; "have at them!".