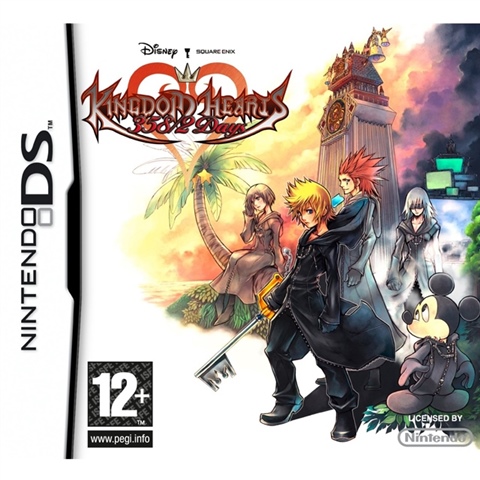 Kingdom Hearts has quickly become a firm favourite with RPG gamers with its unique action-exploration gameplay and the intriguing story, which pairs an original Final Fantasy-esque premise with the world of Walt Disney. This Nintendo DS spinoff explores an untold part of the story that was introduced in Kingdom Hearts II, focusing on "other hero" Roxas and wildcard Axel during their days in Organisation XIII. 358/2 Days contains all the same action and compelling gameplay that was present in the PlayStation 2 Kingdom Hearts games, with the added bonus of a multiplayer mode that allows up to four players to team up and defeat Heartless in countless worlds based on Disney classics. From Aladdin's Agrabah to Beauty and the Beast's Castle, you can expect to retread many familiar locations. Other features include the return of Limit Breaks, a popular feature from Final Fantasy VII that was first introduced in Kingdom Hearts II, additional missions to extend replay value, an orchestral soundtrack to push the Nintendo DS to its limit and a new panel system which makes players strategically decide what items, weapons and spells to journey out with. As Organisation XIII sends out its members to collect the hearts from the Heartless, players will get to fill in some of the blanks raised in Kingdom Hearts II, such as the meeting between Roxas and Sora, the mystery of the 14th member and why Roxas had to leave the organization.