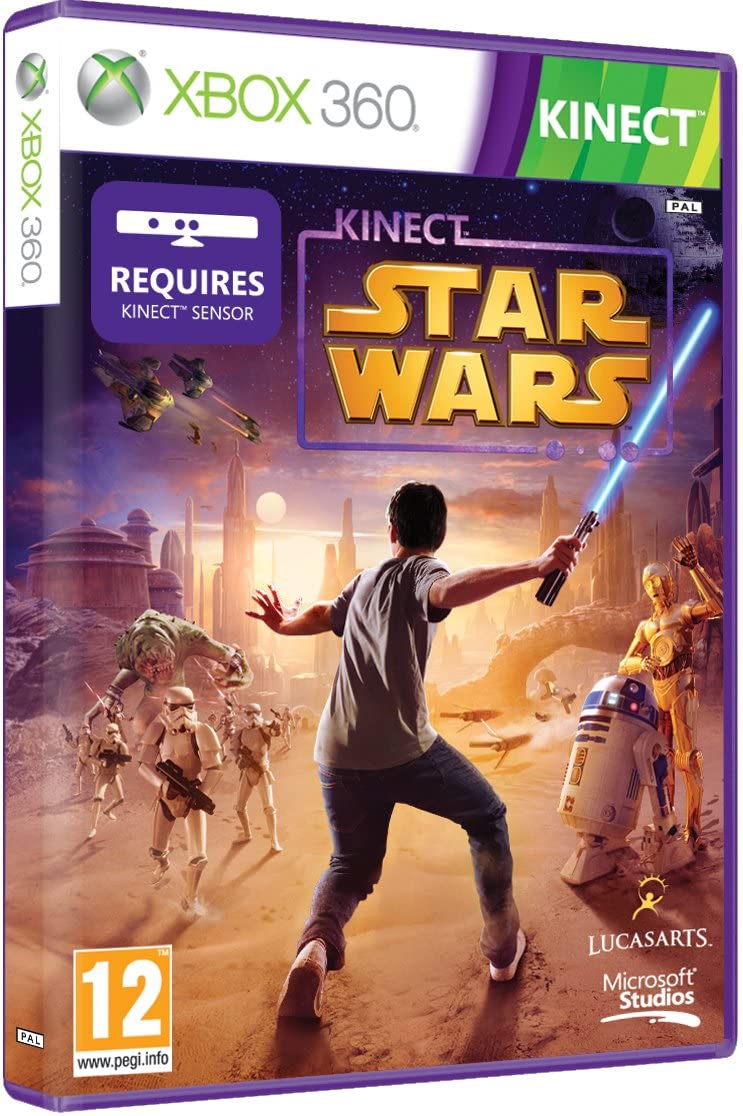 Kinect Star Wars, as the name suggests, makes full use of the 'controller-free' environment that the Xbox 360 Kinect system provides. The gamer gets to experience training as a Jedi, that involves use of the Force and as well as battling with a Lightsaber via their body motions. Playing alone or with another player, the gamer not only uses their Lightsaber and Force to fight through a rich story mode (including combat with the evil Darth Vader), they can also fly X-Wing starfighters and control Pod-Racers in high-speed racing environments. Not only is the Kinect's ability to track motion invoked in the Jedi quest, so is voice control. This enables the player to issue additional commands on top of the weapon wielding and vehicle control. The game begins shortly after Star Wars Episode I: The Phantom Menace and concludes during the events of Star Wars Episode III: Revenge of the Sith, and also features settings from the original movie trilogy. There are five individual campaign sections in the game to be navigated. These are: "Jedi Destiny" during which the player learns Jedi skills with the lightsaber and Force techniques. "Rancor Rampage" in this the player takes the role of a Rancor in a high-octane rush of destruction. "Pod Racing", simple, fast, competitive - the player has to use the Kinect and their own body to win high-speed races in order to continue. "Galactic Dance Off" - this mode sees weapons-based combat take a back seat as Princess Leia and others enslaved by Jabba the Hut must dance to tune remixed with Star Wars lyrics. "Duels of Fate"- all that practice with Force and Lightsaber comes into play here as the player must take on and defeat Darth Vader himself. As well as the single-player mode there are also co-op, competitive and duel modes featuring jump-in and out so that a second player can join in instantly.