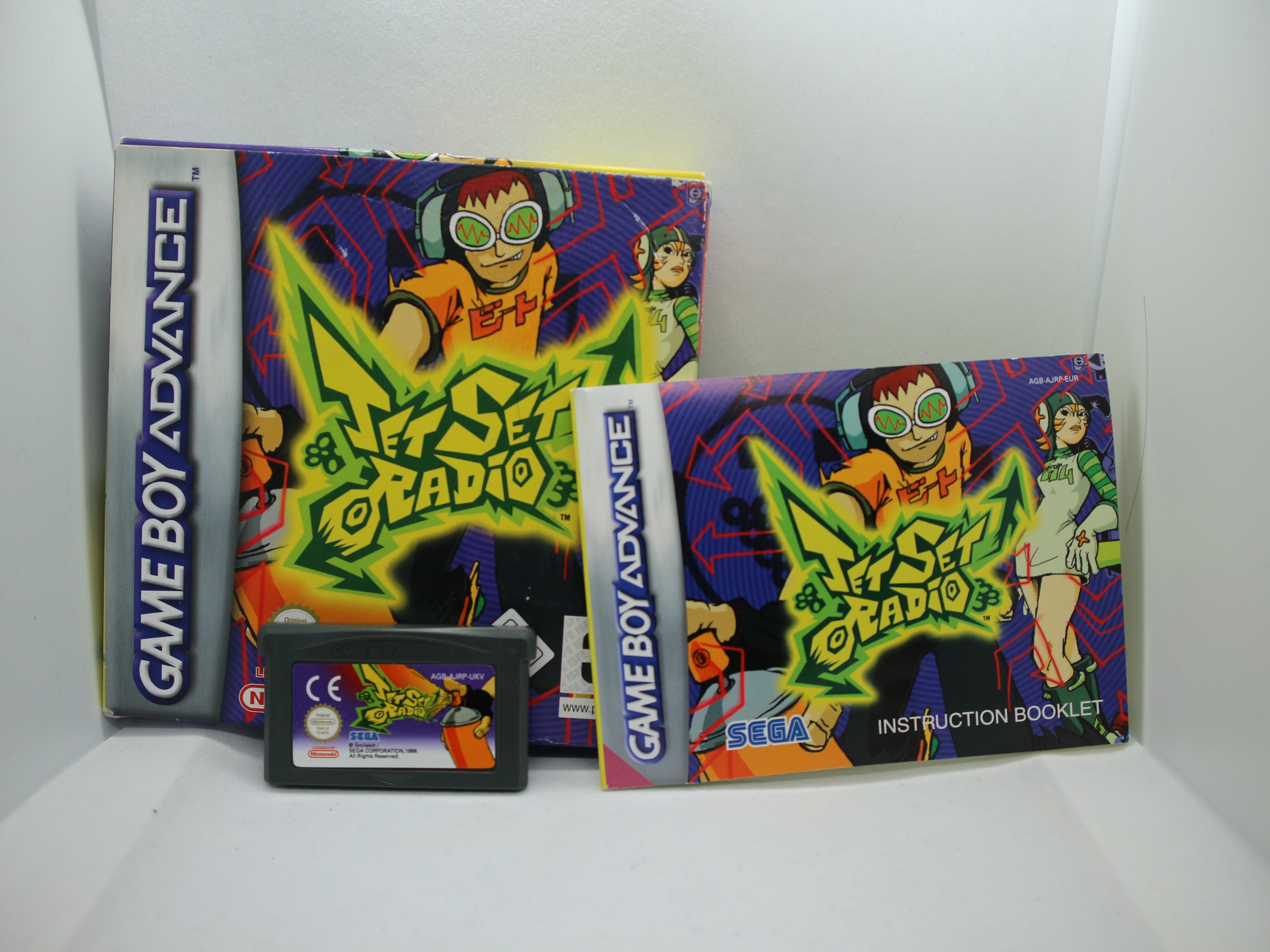 Dreamcast cult classic Jet Grind Radio's adaptation to the Game Boy Advance takes the concept of the original game and distills it for the capabilities of the handheld, with somewhat simplified gameplay and the levels adapted from cel-shaded 3D to isometric 2D. The story is the same as in the original game: in the near-future metropolis of Tokyo-to, the player controls members of the teen gang the GG's, who are in a turf war with rival gangs and must also avoid the law in the form of Captain Onishima and his forces. Players must skate through fifteen distinct levels, collecting spray cans and spraying graffiti at certain spots within a time limit while avoiding the cops. Most of the original game's levels have been transposed to the isometric viewpoint (two have been combined into one), even though some of the interactivity is lost (like traffic or sprayers from rival gangs). The graphics engine used is similar to that in developer Vicarious Visions's earlier entries in the Tony Hawk series.