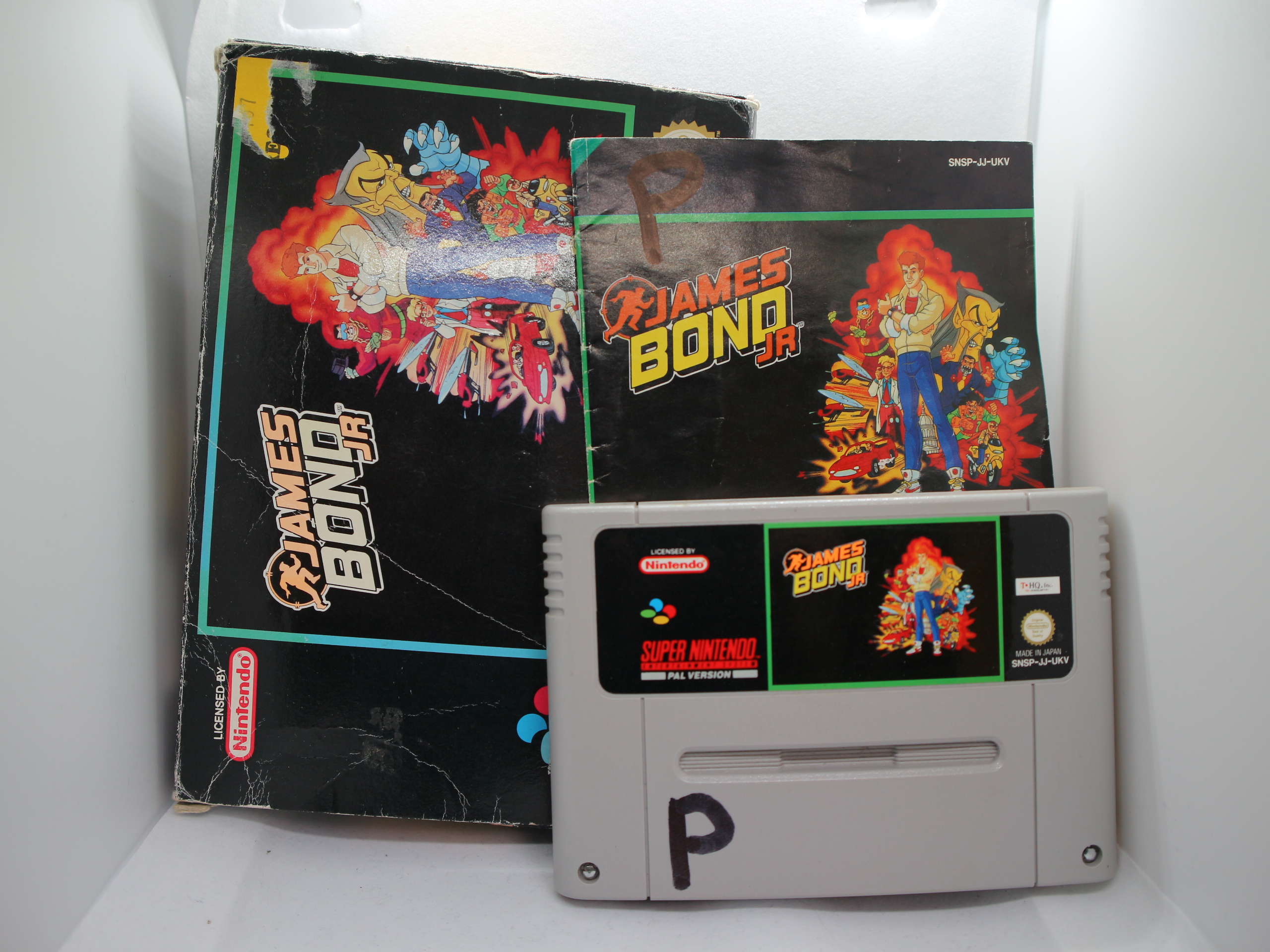 CONDITION GOOD SOME DAMAGE TO COVER This adaptation of the animated TV series differs significantly from its NES namesake. The nephew of Agent 007 must foil the plans of malevolent S.C.U.M. agents, who are hunting for rare artifacts that would allow them to dominate the world. Unlike the NES game, this version is a more action-oriented side-scrolling game without detailed mission objectives or puzzle-solving. The game consists of three levels, each beginning with a section in which Bond pilots a helicopter, a boat, and a jet, respectively. These are controlled in arcade-like fashion, similarly to side-scrolling shooters. Enemies must be dealt with using weapons mounted on the craft. Various hazards are scattered through the stages, requiring the player to react quickly in order to stay alive.