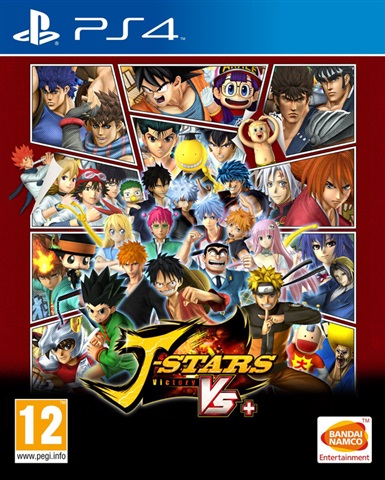 J-STARS Victory VS + will feature Manga/ Anime characters from over tons of different Shonen Jump franchises including ONE PIECE, NARUTO, BLEACH, DRAGON BALL Z and much more. J-STARS Victory VS + is one of the most awaited and ambitious manga/anime focused fighting-game ever to hit Western videogame fans! Developed by Japanese videogame studio Spike Chunsoft, J-STARS Victory VS + delivers an incredibly robust roster to stage epic battles through a variety of original manga/ anime worlds. Players can choose to begin their J-STARS Victory VS + adventure from a multitude of game modes including; J-Adventure Story mode where players battle through the different manga/anime worlds to determine who is the strongest character, 2 vs. 2 Team Battle mode that allows up to four players to form teams to battle for bragging rights, and an exclusive Arcade Mode. On top of those amazing modes, PlayStation 4 owners will benefit from enhanced graphics!