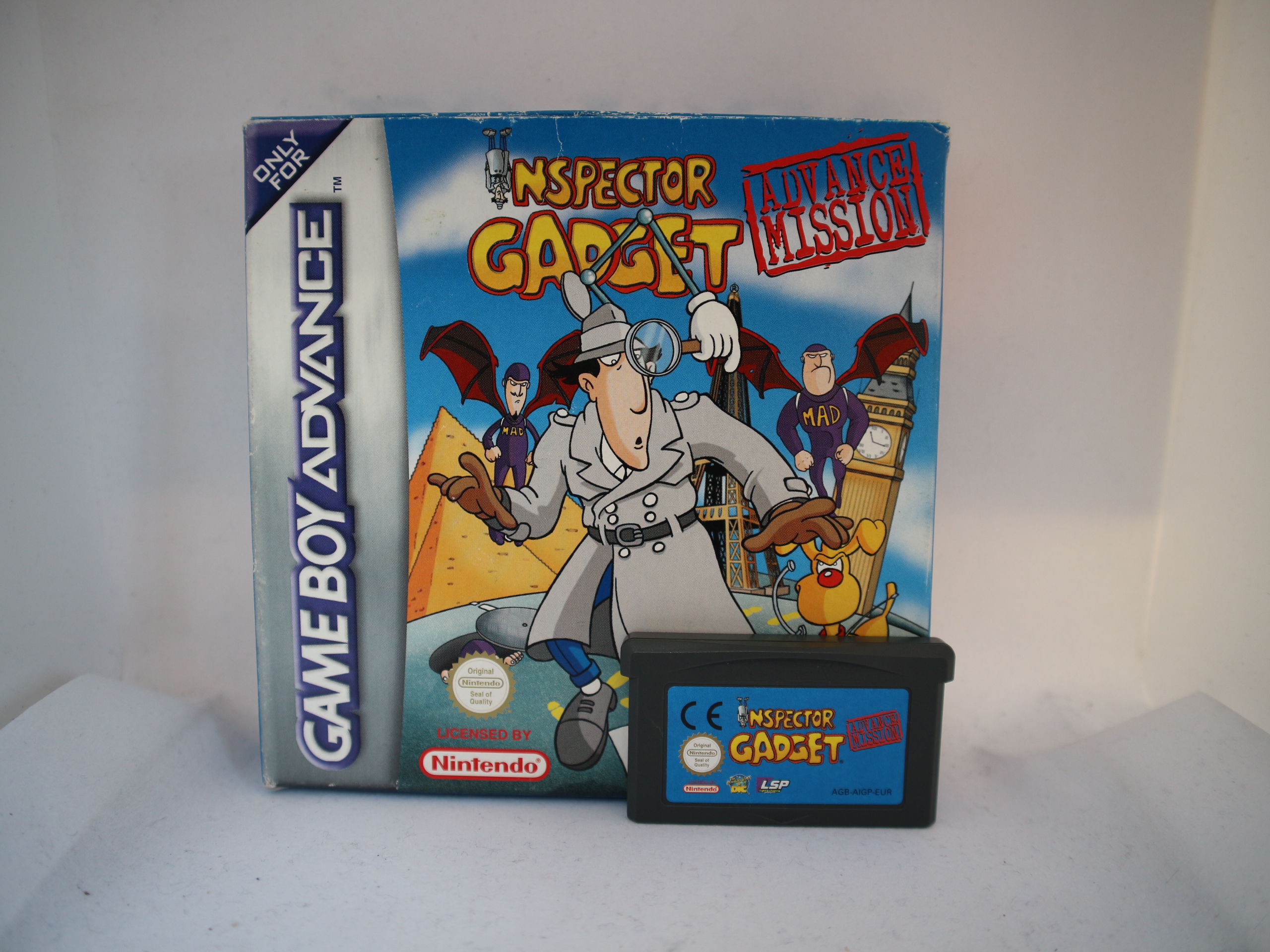 Based on the DIC animated show of the same name, Inspector Gadget: Advance Mission is a standard platform game, similar to those that were seen in the 90's or Hudson Soft's Inspector Gadget game on the SNES. The game lets you control the titular character (Inspector Gadget), his niece (Penny/Sophie) and his dog (Brain), all which have different abilities, such as high jump, planting dynamites or using the Gadget 'Brella as a parachute (Gadget), swimming underwater and controlling or self-destructing robots (Penny/Sophie) and faster speed, double jump and a disguise to fool enemies (Brain). All this is required to stop Dr. Claw from his evil schemes.