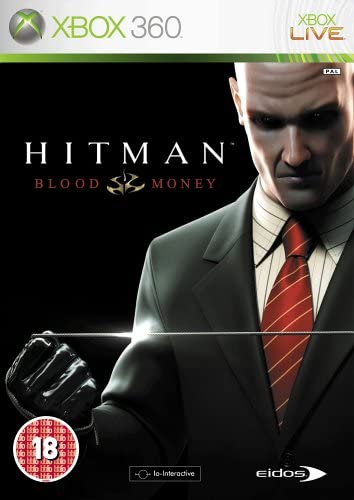 Hitman: Blood Money places gamers once again in the role of the world's greatest assassin, Agent 47. When assassins from Agent 47's contract killing firm The ICA are offed in a series of hits, it seems as though a more powerful agency has entered the fray. In an attempt to avoid the mortuary slab, Agent 47 travels to America - visiting and making money in places like Los Angeles, Las Vegas, New Orleans and Mississippi. Hitman: Blood Money has been made even more realistic since Agent 47's last outing, with the whole new Glacier Game Engine. Agent 47 has a number of new features, including the ability to dispose of bodies in boxes and enclosed spaces, as well as making hits look like accidents, such as dropping a chandelier on a target's head or using a remote bomb. Hitman: Blood Money also has a redesigned NPC and AI system. Gamers can use the cash raised from hits to bribe the press or to customise and upgrade weapons to suit their individual style of assassination. Even if you are new to the Hitman series, don't worry, because the game offers a new rookie mode, as well as various levels of difficulty, that will give players all the training needed to be a successful contract killer.