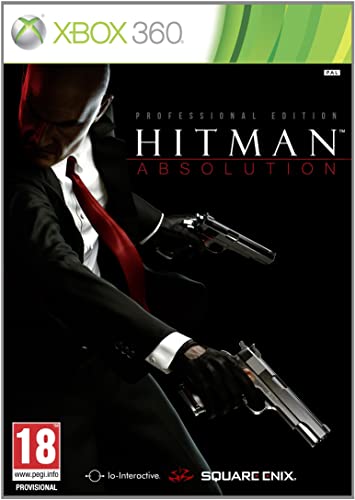 Hitman: Absolution is the fifth game in the stealth assassin series starring Agent 47 as the protagonist. The story continues after the events of the previous game, Hitman: Blood Money. Diana Burnwood, Agent 47's handler with the International Contract Agency, goes rogue and sets up a sabotage operation that risks exposing the entire agency. Benjamin Travis reforms the agency and puts a hit on Burnwood, tasking Agent 47 to kill her and bring back the teenage girl Victoria that is in her care. Early on in the game he tracks down Diana, but hesitates when he has the opportunity to kill her. From there, the story unfolds into a larger conspiracy that puts the girl Victoria in the center. Compared to the previous game, 47 now often has an emotional bond with the victims and he becomes hunted himself as well. Rather than independent missions, they are now linked together with sections where 47 travels from one location to another. The basic gameplay is still present. He often has to infiltrate locations to take out a specific target and disappear again. Points are scored by completing primary and secondary objectives, along with the chosen method. Choosing a careful approach based on stealth and non-lethal kills is always rewarded more. After missions a ranking is shown and it is compared to players worldwide. In addition there are separate challenges to complete, such as using a certain amount of different weapons or disguises. Points are used to access upgrades that enhance Agent 47's skills, such as less visibility when hiding, more accuracy when shooting, less time to strangle opponents or faster melee combat. When the operation goes wrong, full out shooting is also possible, but will not lead to the best reward.