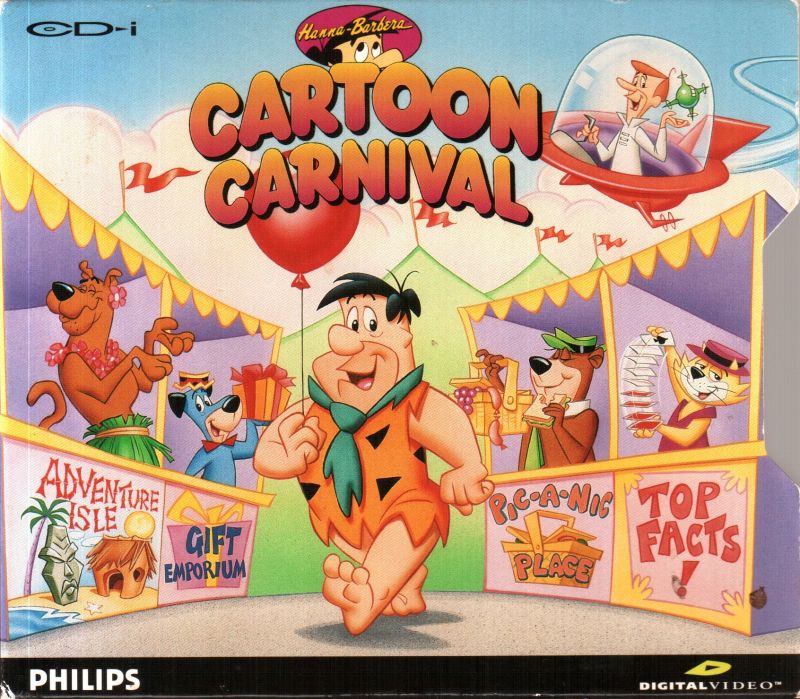 Hanna-Barbera Cartoon Carnival is a children's game featuring familiar Hanna-Barbera cartoon characters such as the Flintstones, Scooby Doo and the Jetsons. The game features a collection of mini games such as a maze with Scooby Doo, a space racing game with George Jetson, catching balloons in a net with Fred Flintstone and trivia with Top Cat. Each game has ten levels with increasing difficulties. When the player beats all the levels he receives a letter. When he has unlocked all the levels he can spell "Cartoon Carnival". For each earned level the player unlocks a cartoon for viewing.