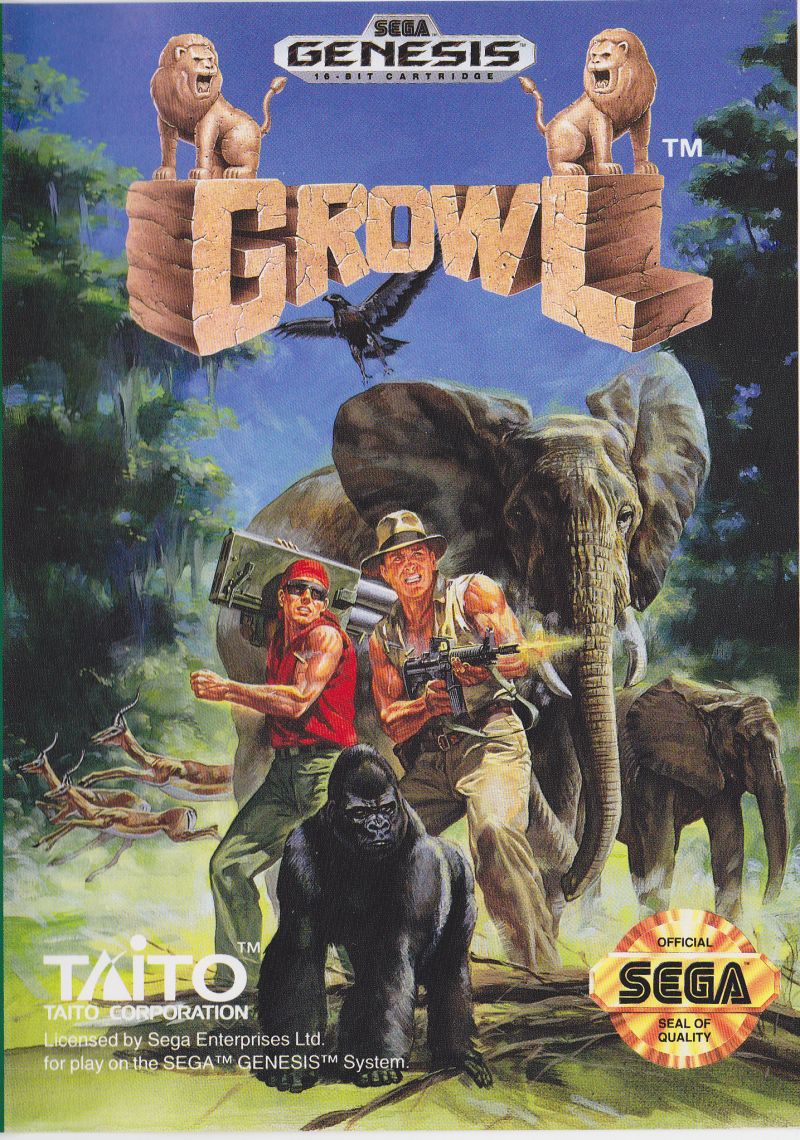 NEVER RELEASED IN THE UK In the early part of the 20th century, a group of evil poachers recklessly hunted animals to the point of extinction, including lions, deers, elephants, eagles, and several others. Growl is a one-player game, in which you control one of four characters (Gen, Burn, Khan, and Jack) and you must defeat these evil poachers by dealing with them with your fists. However, there are weapons that can be found, including grenades, rocket launchers, whips, swords, guns, and shotguns, which you get once an enemy drops them on the ground, so you can use these weapons against them. If you manage to get one of the guns, you can shoot enemies with a limited supply of ammo. Once the ammo runs out, your only option is to pistol-whip them. Also, you can pick up crates and barrels and haul it at enemies to knock them down. Along the way, you'll encounter several cases of animal cruelty, such as two men whipping a lion. Stop the animal cruelty, and the animals will help you in your quest to defeat these evil poachers.