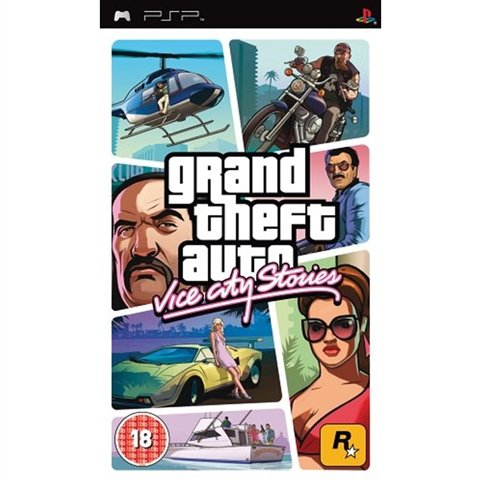 GTA is back on the PSP. Following the huge success of Grand theft Auto: Liberty City Stories on Sony's handheld, which saw the title later released on the PS2, Rockstar has given the same prequel treatment to the 80s cheese-fest that was GTA: Vice City. Set in 1984, two years prior to the original game, Vice City is familar territory, yet subtly different with different buildings and altered road layouts. Players take on the role of Victor Vance, elder brother of the original game's drug-dealing Lance Vance. At this games' point in the series timeline, Victor is a soldier based in Fort Baxter. Looking to earn some cash to help out his brothers, he's offered some chores by his commanding officer, Sargeant Jerry Martinez. Before long, things turn ugly and Victor falls foul of the Military Police. As is the staple with all GTA titles, turn take a turn towards the nastier side of life, and Victor is reduced to taking on increasingly violent jobs, working his way up the criminal food chain. As you'd expect, the whole of the city isn't availalble. Unlike the former Vice City title, this time you start from the Vice City Mainland, with Vice City Beach unreachable due an impending hurricane. However, you can still drive by the millionairres mansions on Starfish Island. The title sports improved graphics over the PSP's Liberty City Stories, with a better draw distance and a greater number of pedestrians and traffic. Once again, an excellent roster of voice talent is on hand to deliver the fabulously crafted dialogue. Voices to the new faces include Auf Wiedersehen Pet's Timothy Spall and Phil Collins as himself. Old hands Danny Trejo, Phillip Michael Thomas, Gary Busey and Luis Guzman return to reprise their character's roles. With its host of new missions and multitudinous multiplayer modes, not forgetting the mini-games like Rampage and Off-Race Time Trials that have made the series so un-put-downable, Vice City Stories is a must-have for fans of criminal sandbox adventures.