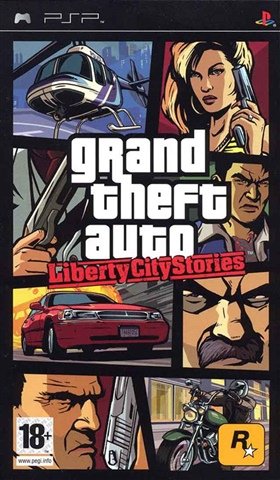 If you had to say which game, or series of games, had defined the PlayStation 2, you'd have to consider giving the GTA games as an answer. In terms of sales alone, they defined the machine, which each successive version taking the biggest selling game torch from the preceding chapter. What is the most owned PS2 game is also the most talked about. Rumours of a new GTA spread like wildfire the minute they are spawned, not to mention the less admiring attention that the games attract from parents and anti games activists. GTA also bridges the gap between the many 'hardcore' gamers who own a PlayStation and the 'casuals' who have, too, made the Sony box their system of choice. It is respected as a well-crafted game by the cognoscenti, but has mainstream appeal too. It's the very essence of PS2, an involving, single player adventure pitched right at the 16-30 demographic. So with a new PlayStation, the PSP, on the shelves, GTA: Liberty City Stories really is the game everyone's been waiting for. Can the game be to a handheld PlayStation what it was to its living room-dwelling sibling? GTA:LCS is about organised crime, and full of the lore you will recognise from such films as Goodfellas and The Godfather. You play Toni Cipriani, a wise guy well respected in the Leone crime family. But after killing a 'made man', you were forced into hiding while the storm blew over. Now you've returned to Liberty City to reclaim your stake. The city is a den of vice and iniquity. It is a sprawling metropolis populated with viciously opposed mafia gangs, hit men, crooks, bent businessmen, molls, corrupt politicians, hookers, overstretched police forces and thugs. Protection rackets, assassinations, drug smuggling and heists are a fact of life. You'll be familiar with the format: immerse yourself in this nest of vipers, and take control of the city. Steal cars, eliminate rivals, secure your interests, or just engage in simple thuggery. You can be as big a fish as you dare to be.