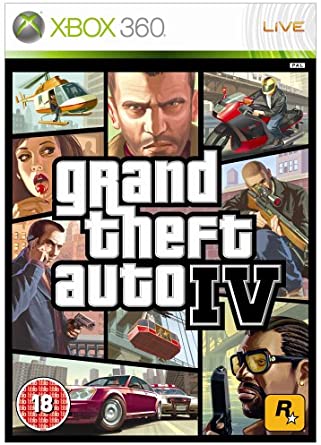 Guns! Cars! More guns! A mobile phone! Grand Theft Auto IV! Yes, it's the fourth 'proper' instalment in Rockstar's mega super ultra massive mega blockbuster GTA franchise. Do not expect the developers to let up. Players jump behind numerous sets of wheels as Niko Bellican, an Eastern European immigrant who has come to Liberty City to live the 'American Dream'. Yes, Liberty City has returned. It's New York City for developers who like not getting sued. You'll find Broker (Brooklyn), Algonquin (Manhattan), Bohan (The Bronx - not a Dragon Ball Z character) and Alderney (New Jersey) all present and accounted for. The action rolls out thanks to your (or, more likely, someone else's) mobile phone as you're doled out missions by various lowlifes. Cars will need to be stolen and people will need to be hurt. 'Nuff said. Of course, this is a GTA game we're talking about, so expect sandbox play galore for your inner anarchist who likes to pick his criminal dealings at random. Rockstar hasn't forgotten that this is the age of PlayStation Network and Xbox Live, so the game will come with a healthy dollop of online play to get your Eastern European teeth into. Liberty City needs you! Steal this game if you have to.