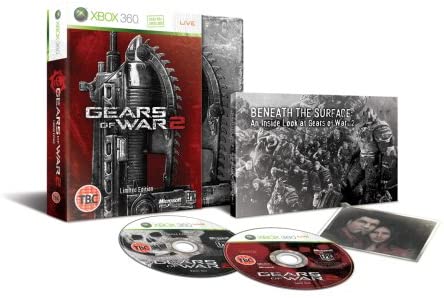 Gears of War 2, the sequel to Gears of War, is a tactical third-person launched exclusively for the Xbox 360 as a spear point for the console's push into 2008's end-of-the-year holiday season. The game follows up six months after the events of the first game, when the detonation of the Lightmass Bomb managed to destroy most of the invading Locust army. The explosion also affected the environment however, and a disease called rustlung threatens mankind. After a while, giant holes suddenly appear that absorb entire cities at once. When Jacinto, the impenetrable safe haven for mankind, appears to await the same fate, the COG Delta Squad with protagonist Marcus Fenix has to go underground to launch a counter-offensive against the Locust who are behind the disappearances.